Politics Gov. Cuomo Raises Profile — But for What?
Politics 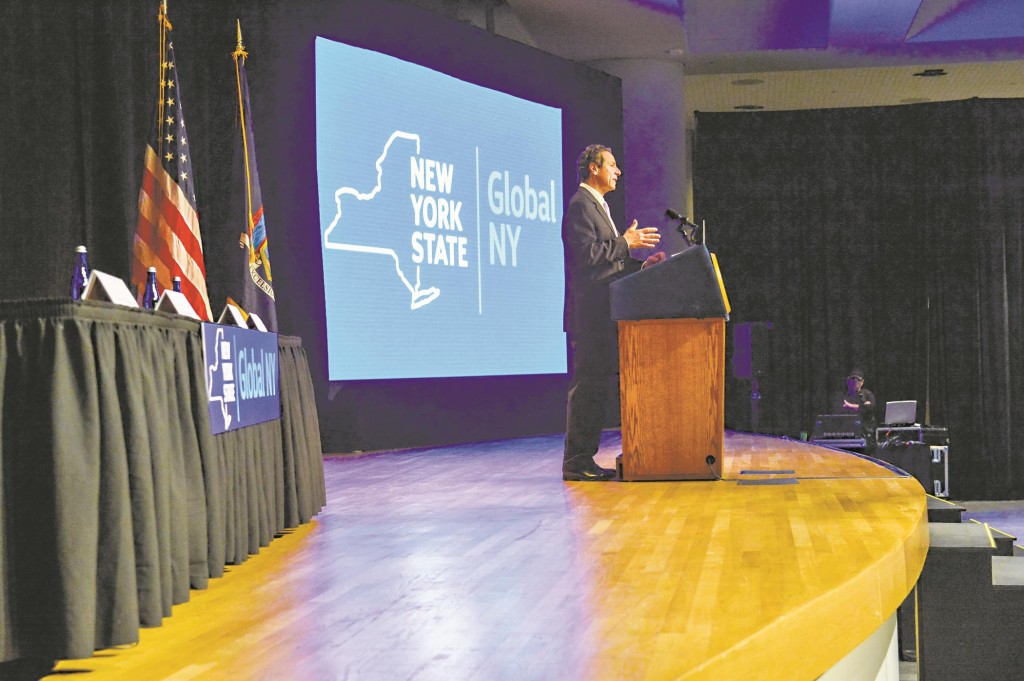 With a new book, high-profile trips overseas and a bigger campaign account than any other governor, New York’s Andrew Cuomo might look like someone running for president.

But with no pilgrimages planned to Iowa or New Hampshire and no stump speeches for Democrats elsewhere in the country, Cuomo’s recent efforts to boost his national profile are more likely about his immediate re-election plans — though a future run for the White House can’t be ruled out.

The next presidential election is still two years away but other potential candidates are already making the sorts of strategic forays to early voting states that Cuomo has eschewed for trips to Israel, Afghanistan and Puerto Rico.

And on the Democratic side, everyone is waiting to see what Hillary Rodham Clinton does. The former secretary of state, U.S. senator and first lady hasn’t announced her intentions but is expected to enter the race as the favored Democratic contender.

“He’s on the list, and if there wasn’t this enormous gravitational pull toward Hillary, he’d be at the top of it,” said Matt Bennett, a former aide to Bill Clinton and Al Gore and co-founder of the moderate Democratic group Third Way. “The guy runs a huge state, runs it very well. He’s about to get re-elected by an enormous margin. He checks all the boxes.”

For now, some experts say Cuomo’s recent run through the national media spotlight could just be a way to reset his image after corruption allegations and an embarrassing primary battle — or he might just be trying to run up the score in a bid for a second term. Or the 56-year-old Cuomo could be positioning himself for a presidential campaign down the road, or even in 2016 if Clinton doesn’t run.

“What’s he’s doing is clever and smart,” said Steve McMahon, a Democratic strategist who has advised three presidential campaigns. “Whether it leads to anything depends more on Hillary than on him.”

By the end of the week, the normally homebound Democrat was showing the power of incumbency with trips to the Dominican Republic and Puerto Rico.

“This is a governor who has been rather reclusive, staying in Albany, not doing media,” said Baruch College Political Science Professor Doug Muzzio. “It’s a well thought-out public exposure strategy that benefits him whether he holds national ambitions or not.”

If Cuomo is contemplating a run for the White House, he isn’t following the conventional playbook. He hasn’t raised money or campaigned for fellow Democrats. Despite all of that, Cuomo came in fifth in a recent survey of Iowa Democrats asked about their 2016 favorite. Clinton was first.

One Democratic organizer said Cuomo has the name recognition and the necessary time to put together an Iowa campaign for 2016.

“He has a state to govern so he hasn’t made it here yet, that’s OK. We value work ethic,” said Kim Boggus, who worked on President Barack Obama’s Iowa campaign in 2012. “He’s done a lot in New York that would resonate across the country.”

He said this month that one reason he seldom left New York in his first three years in office was to avoid the speculation.

“Lesson No. 487: Worry about today,” Cuomo told USA Today. “Worry about what you’re doing today and tomorrow and focus on the here-and-now.”