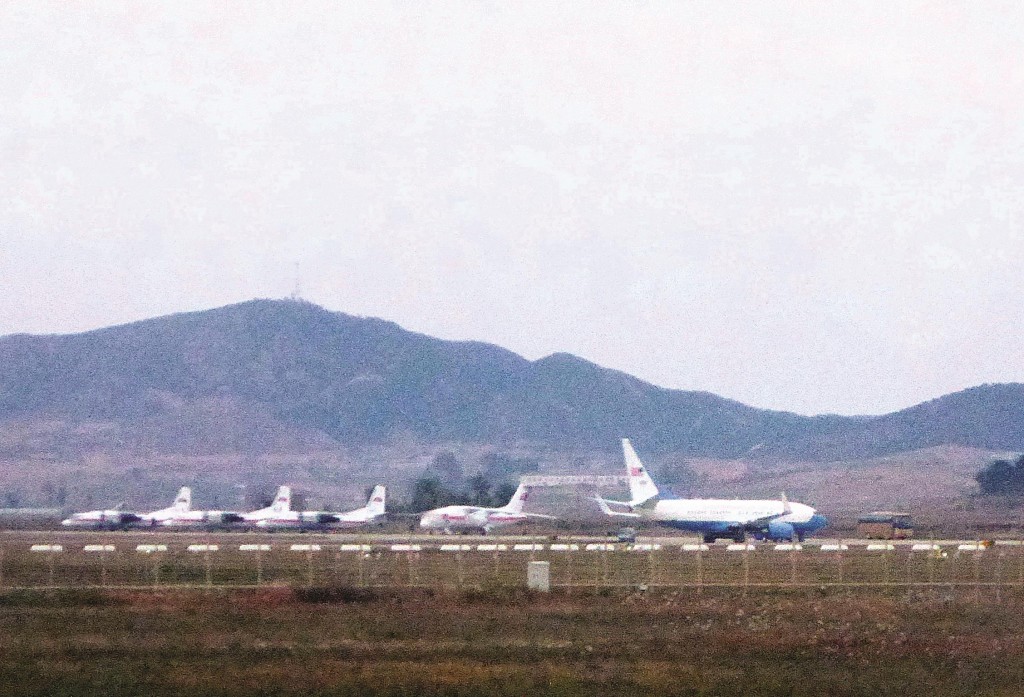 American detainee Jeffrey Fowle has been released from North Korea, nearly six months after he was taken into custody on charges of leaving a Bible at an arena, considered a crime in North Korea, the State Department said Tuesday. Two other Americans who have been tried and convicted of crimes in North Korea are still being held.

Fowle, 56, of Miamisburg, Ohio, had been awaiting trial on the charge in the northern port city of Chongjin since last May. He was flown out of North Korea on a U.S. government jet that was spotted Tuesday by Associated Press journalists at Pyongyang’s international airport. The Swedish government helped negotiate Fowle’s release.

State Department deputy spokeswoman Marie Harf said the plane took Fowle to Guam on its way to the United States. She said that Fowle had been evaluated by a doctor and appeared to be in good health.

White House spokesman Josh Earnest said it was a positive decision by North Korea to release Fowle. He urged Pyongyang to release the other Americans, Kenneth Bae and Matthew Miller.

“The U.S. will continue to work actively on them,” he said.

Washington announced Fowle’s release even before his family’s attorney had been notified. “We are overwhelmed with excitement but still want complete confirmation,” attorney Timothy N. Tepe said in a statement.

Washington has repeatedly tried to send a high-level representative to North Korea to seek release of the three men.

Pyongyang had refused as recently as last month, according to Robert King, the U.S. special envoy for North Korean human rights issues.

The three Americans entered North Korea separately. In interviews last month with the AP, all three said they believed the only solution to their situation was for a U.S. representative to come to North Korea to make a direct appeal.