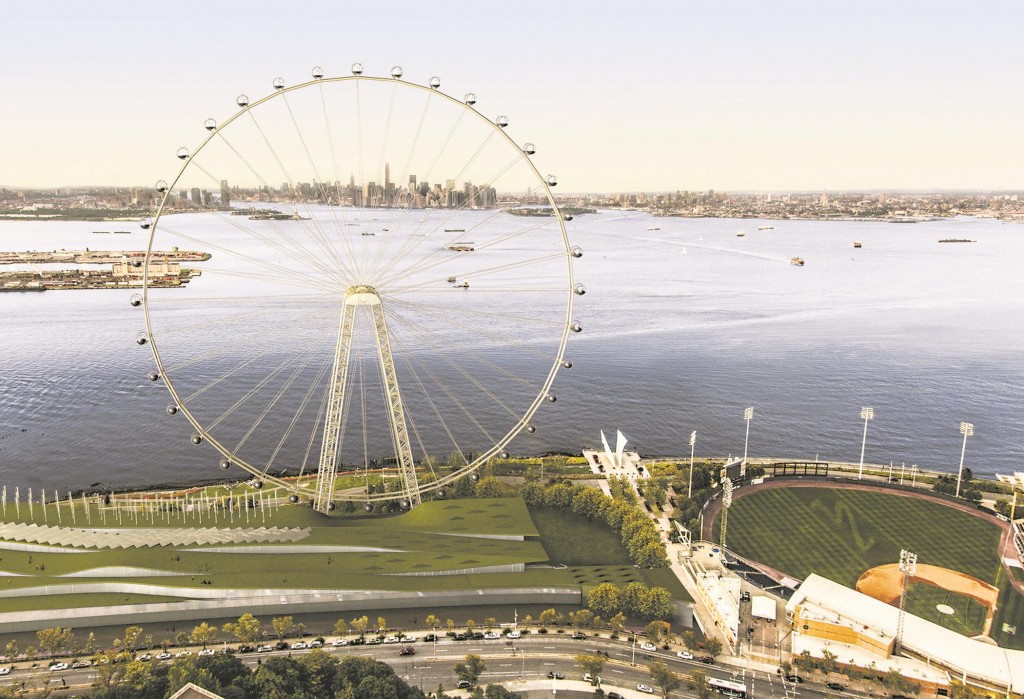 A thrill ride themed on the New York City subway is planned for the Staten Island waterfront near where a giant Ferris wheel will be built.

New York Wheel CEO Rich Marin revealed the plans for the 4-D ride Wednesday at the site for the 625-foot wheel, which is expected to open in 2017. The city is starting to promote Staten Island as a destination to the travel industry to pave the way for an expansion of tourism there.

Marin said the Time Train will “simulate a ride in a subway car” on an adventure through a fictional tunnel beneath the harbor. A webcam will be installed on a small nearby lighthouse to provide a 24-hour look as construction proceeds on the wheel. Groundbreaking is planned for early 2015.

Other attractions at the Staten Island complex will include a 190-room hotel and a retail outlet mall anchored by Nordstrom Rack.

More than 20 million people ride the ferry each year from Lower Manhattan across the harbor. The free ride draws many tourists because it goes past the Statue of Liberty and offers a photo-worthy view of Manhattan from the water. But most tourists getting off the ferry on the Staten Island side get right back on for the return ride to Manhattan, without doing anything or spending any money on Staten Island. The wheel complex could change that.

The wheel will have 36 cars, each carrying up to 40 people, and will take 38 minutes to go around, Marin said. It will be lit up facing Manhattan and will offer a light show nightly.

“We think we’re one of the most important things in New York City tourism in the next five years,” Marin said.