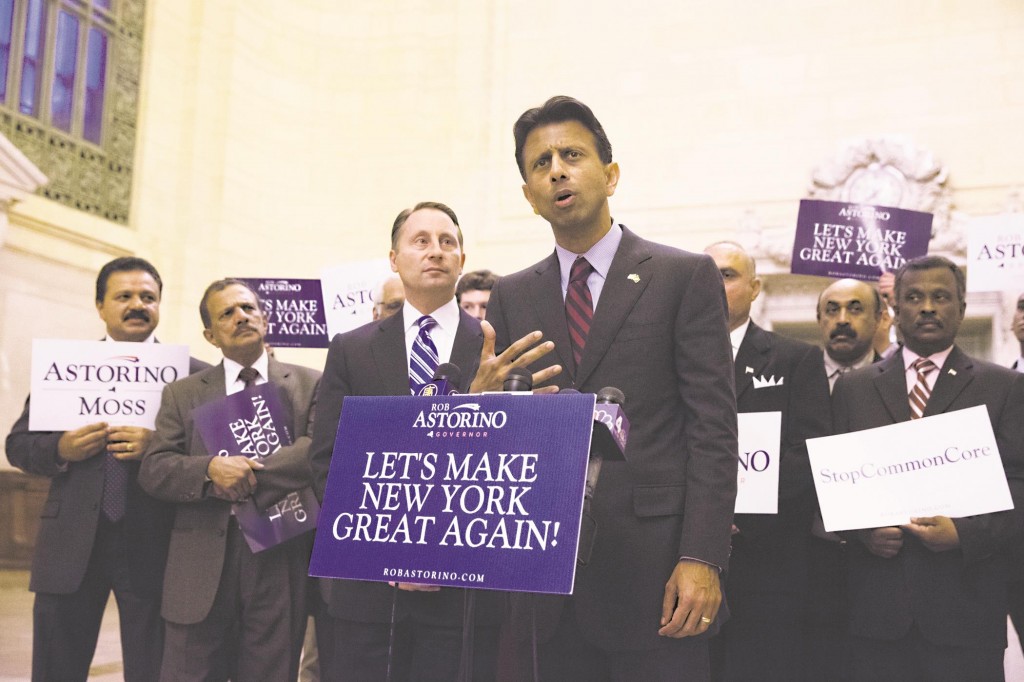 Jindal on Thursday showed up in New York City to personally endorse Astorino, saying he is “going to be a great governor,” whether it’s dealing with the failing economy, failing schools, taxes or Ebola.

Meanwhile, while New Jersey Gov. Chris Christie said he won’t help Astorino in his role as chair of the Republican Governors Association since he is a “lost cause,” a former governor is lending some help. Former Republican Gov. Christine Todd Whitman penned a fundraising email sent Wednesday morning in support of Astorino. She says Astorino can win the election, despite trailing in the polls.