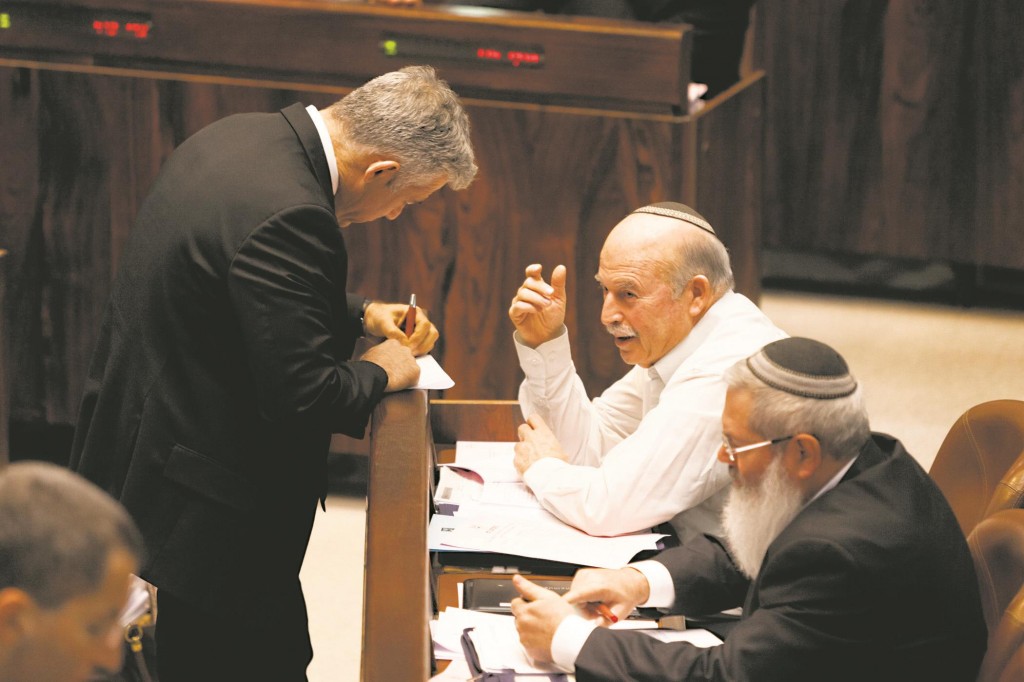 Finance Minister Yair Lapid bought the support of Naftali Bennett’s Jewish Home Party for his 2015 budget with hundreds of millions of shekels in government funding, according to an exclusive Globes report.

The special allocations help to explain the ease with which the budget, normally a highly contentious matter, passed the Knesset Finance Committee chaired by MK Nissan Slomiansky (Jewish Home). The absence of Bennett (who was in the U.S.) and Slomiansky during the Cabinet meeting for approving the budget can also be explained, since assurances had evidently already been given that they would get what they wanted.

Minutes of the Cabinet meeting just before Sukkos obtained by Globes show that in return for supporting the 2015 budget proposals, Lapid promised a one-time NIS 530 million allocation distributed among several ministries for various purposes.

Finance Ministry sources said that most of the allocations in question agreed to in the Cabinet meeting were already given to the ministries in 2014 and were, of course, also called “one-time” allocations then.