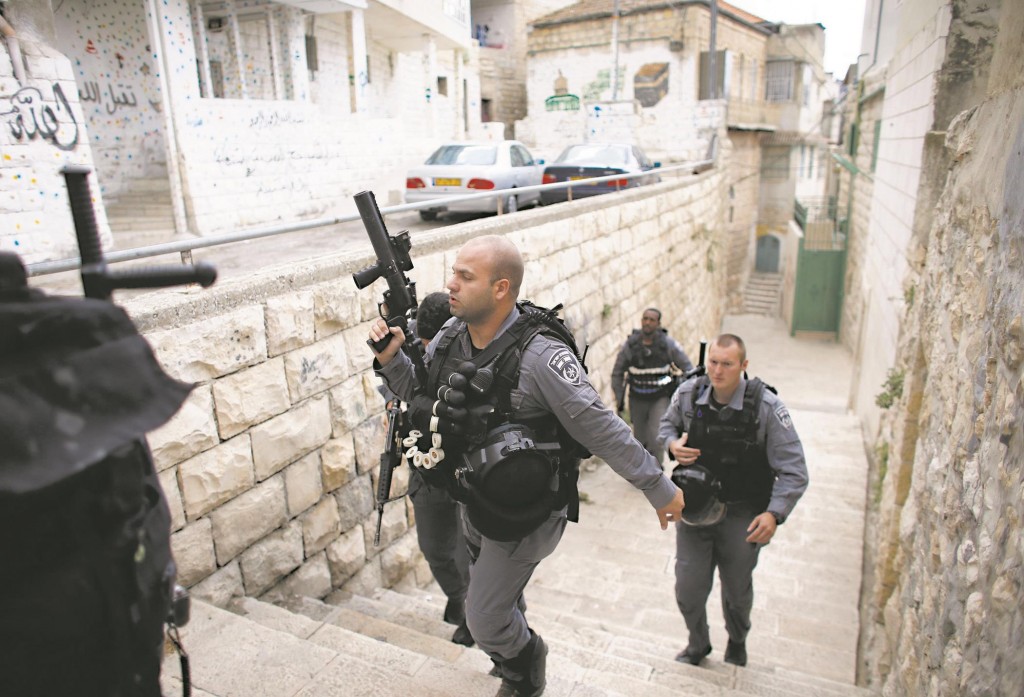 Nine Jewish families made headlines after moving into the predominantly Arab neighborhood of Shiloach (Silwan) on Sunday night.

Taking note of local Arab anger and the threat of violence against their new neighbors, Israeli police have been stationed there to preserve order.

Ateret Cohanim said it facilitated the purchase of the two buildings from their Arab owners. Spokesman Daniel Lurie told AP the buildings contain nine units and that Jewish families and religious studies students would soon move into the properties, immediately doubling the Jewish presence in that section of Silwan to 17 families.

“For the Jewish people, having Jewish life back in an old Jewish neighborhood is paramount,” said Lurie. The homes were purchased in an area where Jewish immigrants from Yemen lived for a few decades before they left amid Arab riots in the 1920s and 1930s.

Condemnations are sure to come from abroad and from the left wing in Israel. Surprisingly, Israeli President Reuven Rivlin criticized the development as surreptitious and possibly illegal.

“It is our right to insist on building around Yerushalayim, but it is our obligation to make sure that the decision is made by the authorities,” he said. “Our capital city cannot be built ​​by stealth apartments in the dead of night.”

Late last month, Jewish families took over six properties in another area of Shiloach, in the biggest such acquisition in the neighborhood since Jews began moving there two decades ago. The White House called the move a provocation, but Israeli Prime Minister Binyamin Netanyahu defended it as the right to buy a home in any neighborhood that belongs to the citizens of any free country.