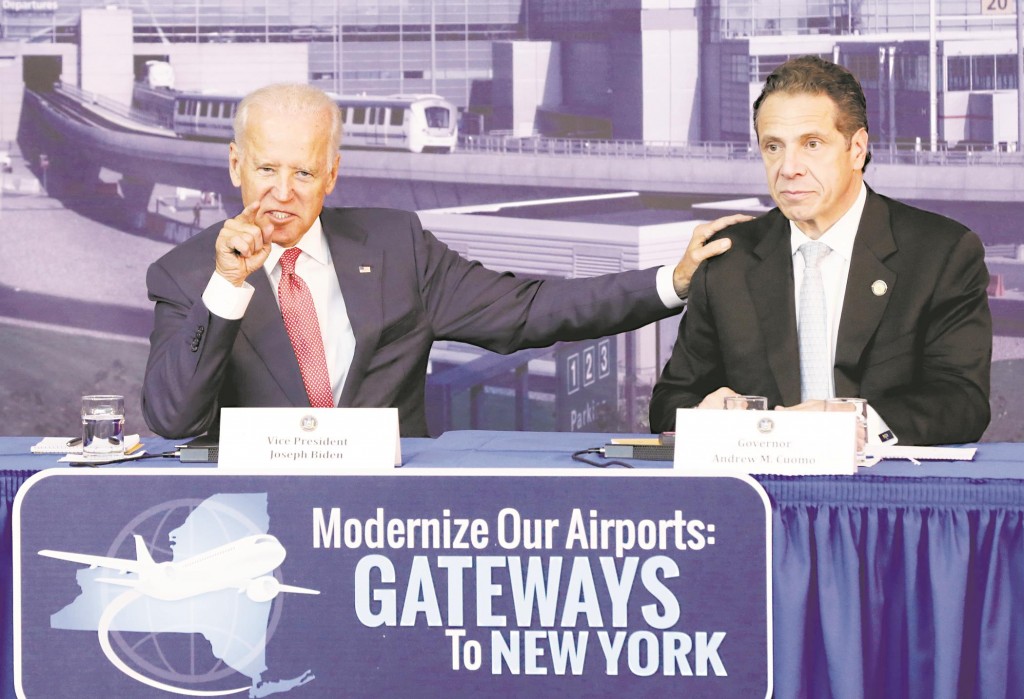 Biden, the White House’s loudest voice on the need to update the nation’s crumbling infrastructure, was gently teased by Cuomo, who announced a design competition to modernize John F. Kennedy and LaGuardia airports as well as two lesser-known suburban airports.

Cuomo offered a mock quiz about who said, “If I took you and blindfolded you and took you to LaGuardia Airport in New York, you must think, ‘I must be in some third-world country,’” asking if it was Texas Gov. Rick Perry, Donald Trump or “None of the above.”

Biden smiled broadly when Cuomo revealed the answer was “None of the above” and noted, of course, that it was the vice president who made that unflattering comparison in February.

“And he was right,” Cuomo said.

The design competition would be held to update the city’s two airports — which often are voted among the worst in the United States — and to expand Stewart Airport in the Hudson Valley and Republic Airport on Long Island.

Though some details, including the funding source, were not revealed, Cuomo said that tax-free zones would be used. He said he wanted to push for new rail and ferry links to LaGuardia, improve access to Kennedy and thoroughly modernize amenities at both.

Biden praised Cuomo’s leadership. While reminiscing about President Abraham Lincoln’s efforts to build an intercontinental railroad, he suddenly turned to Cuomo and said, “He’s like you, pal. He had vision.”