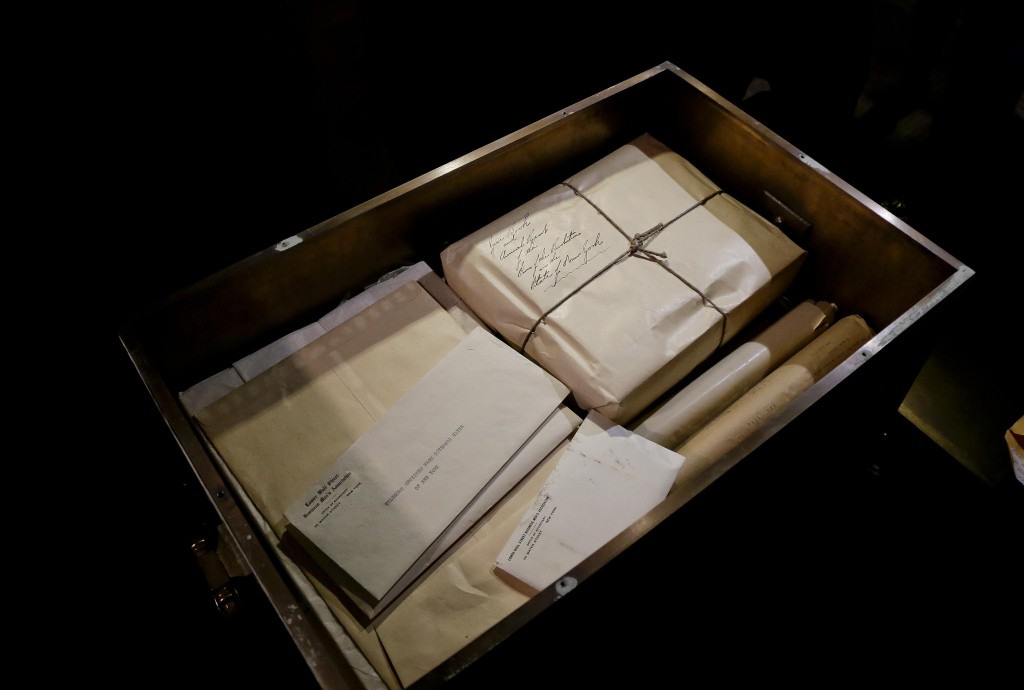 Spectators at the New-York Historical Society gathered around the mysterious bronze box as workers wearing surgical gloves removed 26 screws keeping it sealed since 1914.

The crowd leaned in as historian Nick Yablon removed a collection of documents, booklets and newspapers depicting the turn-of-the-century businessmen’s interests — from the tea, coffee and spice trade to other commerce, baseball and bullfights.

The Lower Wall Street Business Men’s Association deposited the box after celebrating the tricentennial of the 1614 charter of the New Netherland Company, a precursor of New York business. The association asked that the capsule be unsealed in 1974.

But that didn’t happen because the time capsule was forgotten. A curator discovered it in the society’s warehouse in Manhattan.

The box contained a facsimile of a 1774, pre-American Revolution letter written by the Dutch colony to English-settled Massachusetts, urging that the colonies unite.

A new time capsule was created by high school students, to be unsealed in 2114. They include concert tickets, newspapers, Purell hand sanitizer and an iconic, New York paper coffee cup.

“I stole it,” confessed the giggling 17-year-old.