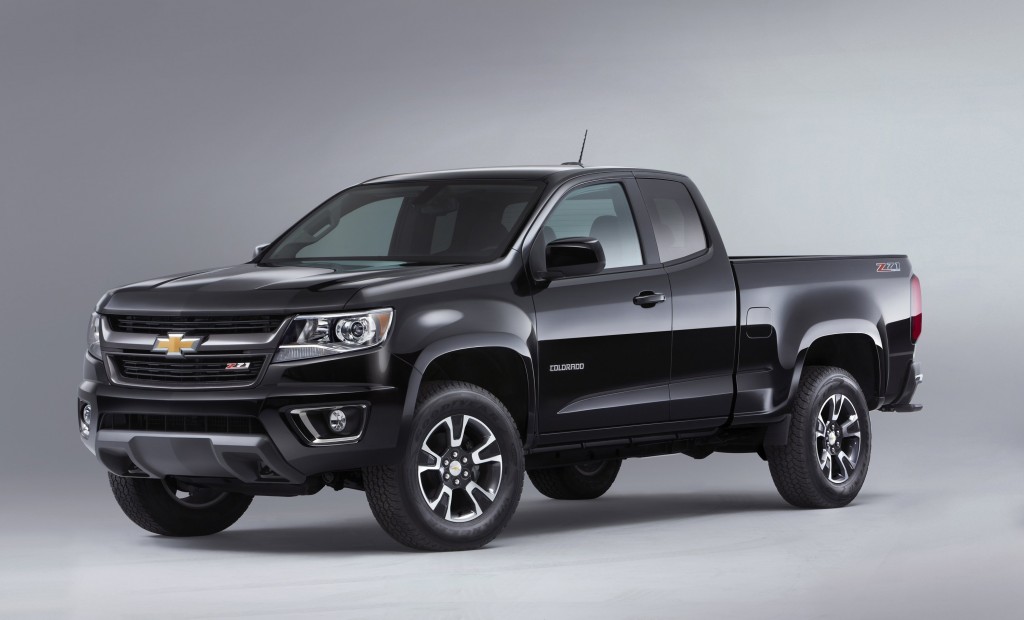 For nearly a decade, automakers have all but ignored mid-size trucks, issuing few new models — or even updates — and expecting few sales. They focused instead on high-volume full-size trucks and all sizes of SUVs and crossovers.

Chevy’s all-new Colorado and the upmarket GMC Canyon are headed to dealerships now, looking to jolt the moribund segment to life. After a day of testing these GM twins, it’s clear they’ll bring life and then some, easily leaping to the top of the mid-size truck segment.

Ford and Dodge pulled out of the segment several years ago, citing weak demand and the increasing affordability and efficiency of their full-size trucks. Chevy’s previous Colorado was a halfhearted effort by the automaker’s own admission, and it was axed in 2012. Honda’s oddball Ridgeline didn’t live up to its potential, and Nissan’s current Frontier feels like an antique.

The last time any of these pickups got a thorough redesign was in 2005. That same year, mid-size trucks made up 4.1 percent of all vehicle sales, a number that withered to 1.5 percent by 2013, according to Edmunds.com.

Yet GM sees possibilities in the segment, and points to Toyota’s Tacoma as evidence. It, too, dates to 2005, but Toyota has given it regular tweaks to keep the Tacoma relevant. And it gobbles up the lion’s share of the segment — 160,000 of the 228,000 total sales in 2013.

This is the truck GM is unabashedly targeting with its Chevy Colorado and GMC Canyon. But GM is also hoping to entice back crossover owners who may have liked the utility of a truck but didn’t want to pay a penalty in ride quality or comfort.

These largely urban buyers won’t rely on their truck for work like a full-size truck owner. Rather, they’ll use it as a daily driver during the week and an escape hatch for weekend adventures.

Since these are trucks, a wide variety of configurations are available, but the basics are straightforward for the GMC and Chevy models. A four-cylinder engine, rear-wheel drive and an extended cab with rear-hinged doors are standard features. A V-6, crew cab (four real doors), and four-wheel drive are optional.

A stripped-down version of the Chevy Colorado starts at $20,995. The basic GMC Canyon runs $21,880 and throws in a more masculine exterior and higher-grade materials on the interior.

A majority of the day was spent in the Chevy that’s expected to be the volume seller: a V-6, rear-wheel drive, quad-cab model. It started at $29,505 and then piled on options like 18-inch alloy wheels, heated leather seats, jet black paint, forward-collision and lane-departure warning, remote start and chrome exterior trim. The final price was $34,120.

Inside the Colorado, it’s clear that this is the next generation of mid-size truck refinement. It’s as quiet and well-bolted together as any of the crossovers GM is hoping to draw buyers out of.

The interior isn’t exactly luxurious, with some hard plastic panels befitting a vehicle that starts a sneeze under $21,000. But the seats are comfy, there’s plenty of room in the back for adults, and GM didn’t over-think the dashboard layout or controls.

Like the base four-cylinder engine, GM uses the V-6 from our tester in every brand under its umbrella: Chevy, GMC, Buick and Cadillac, helping cut production costs. In these mid-size trucks, the 3.6-liter unit cranks out 305 horsepower and 269 pound-feet of torque.

It’s hooked up to a six-speed automatic transmission, and is rated at 18 miles per gallon in the city and 26 mpg on the highway. The engine felt plenty strong for a truck this size, and the gearbox was quick and smooth enough.

The V-6 is rated to tow 7,000 pounds, and GM was kind enough to have on hand a 21-foot boat and trailer it said weighed just under 4,500 pounds. With the boat hitched up, the Colorado felt like it was working hard, but not too hard, to get and stay moving.

If this Chevy had any weaknesses, it was the ride quality. If it looks like a truck and hauls like a truck, it also rides like a truck. Nothing about it was uncomfortable or jarring, but shoppers coming out of a crossover will definitely notice that the Colorado doesn’t replicate the smoother ride to which they’re accustomed.

GMC’s Canyon didn’t suffer from the same fate, so if daily comfort is a priority, choose this model over the Chevy. A test drive in a nearly loaded $40,060 four-wheel-drive SLT felt as if it had an extra layer of ride quality and refinement woven into it.

That GMC’s price is $12,000 more than the average mid-size-truck buyer spent in 2013, according to Edmunds.com. But even the base GMC Canyon without the Bose stereo, the 8-inch touchscreen navigation system or the forward-collision warning has the refined ride without extra charge.

Truck fans on a budget have the base Chevy to consider in the $24,385 extended-cab Colorado with the four-cylinder engine and a six-speed automatic transmission.

This is the model with two rear-hinged doors that open up to the back seats — if you want to call them that. The space back there is too small for even short adults, although GM engineers did figure out that if customers move the rear headrest to the front of the seat cushion, the seat legally fits child seats, a neat trick the automaker says is unique to the industry.

Despite having just 200 horsepower, the engine in this base model was powerful enough for daily driving and never felt anemic. Towing is rated at 3,500 pounds, and fuel economy is 20 mpg in the city and 27 mpg on the highway.

The ride quality was also better than that of the more expensive Colorado, largely because the base model has 16-inch rims and tires with a larger sidewall, which gives any vehicle a more compliant feel.

All Colorado and Canyon models come with useful features, including six air bags, a backup camera and locking tailgate, and most even include a wi-fi hot spot. Other options aimed at a younger, more tech-savvy crowd include the aforementioned 8-inch touchscreen navigation system, lane-departure and collision-warning systems, text-messaging alerts and Siri Eyes-Free capability.

Then there’s the trucks’ “mid-size” label. Sure, the Canyon and Colorado are smaller than the hulking full-size trucks GM offers. But plan your parking accordingly: These mid-size guys with the optional long bed measure almost the same length as Chevy’s full-size Suburban SUV.

GM’s work on the Chevy Colorado and GMC Canyon is commendable. With aged competition from Toyota and Nissan, GM could have slapped some new bumpers on the mid-size trucks it sells around the world and called it a day. But these new models mix practicality with refinement in a meaningful way.

Good thing, too. Both Honda and Toyota will introduce their next-generation mid-size trucks in 2015, and don’t expect either brand to take the new competition lightly. GM will need this excellent head start.

Our take: An overachiever despite limited competition

Lows: Ride quality isn’t as smooth as a crossover, not a small vehicle

Our take: A basic truck that doesn’t seem basic

Our take: The high-roller of the segment hides truck roots well