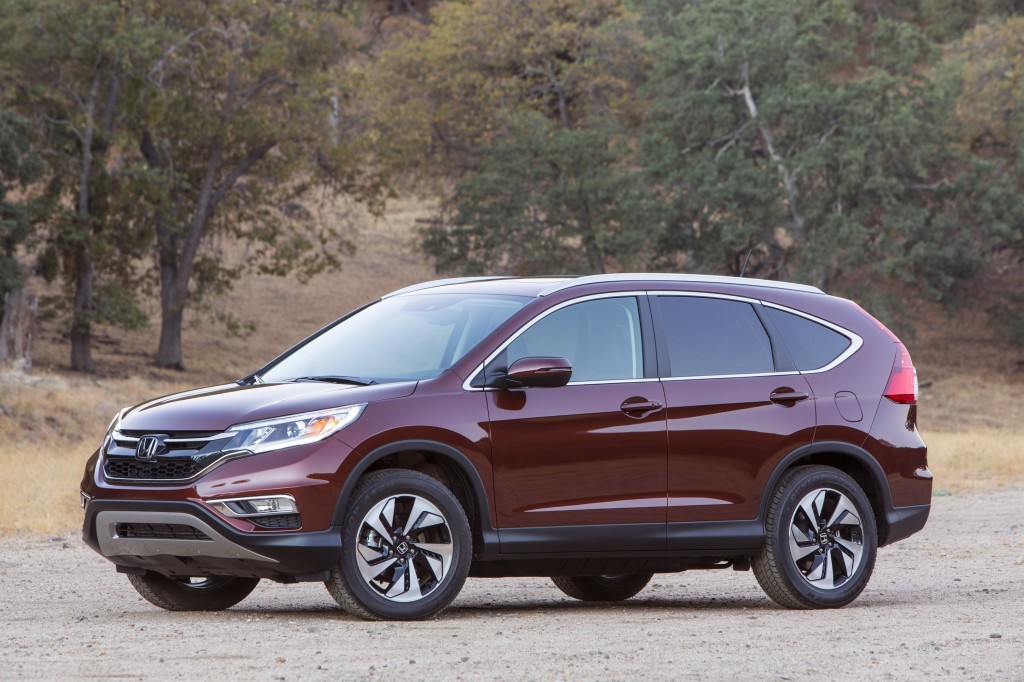 Since 2004, Honda has sold more than 2.3 million of its easygoing CR-V crossover sport-utility vehicle, and most of those years — including this one — it has been the top-selling SUV in the U.S.

The current generation, introduced in 2012, has averaged 300,000 sales a year. Although not a standout in any particular area, the CR-V does everything well, which has helped it weather competition from all-new versions of the Toyota RAV4, Nissan Rogue and Ford Escape.

It has also benefited from a recent shift in buyers’ habits: 2014 is expected to mark the first year that crossovers and SUVs are the most popular style of vehicle, trumping even the trusty family sedan.

To keep that momentum going, Honda will put a thoroughly updated CR-V on sale. The revisions on this 2015 model go beyond what automakers typically bolt on for a mid-cycle refresh. Highlights include a new and more-efficient engine and transmission, an updated interior and new safety features.

“We think it’s already a really sweet recipe, so we’re not changing the formula, just sweetening the treat,” Jeff Conrad, general manager of Honda, said at the vehicle’s media launch.

The savvy updates only further cement the CR-V as the segment leader.

The biggest update is the new drivetrain. The earlier version used an older four-cylinder engine and a five-speed automatic transmission that was quickly becoming antiquated.

So Honda raided its garage and found that the drivetrain from the current Accord family sedan would work nicely in the CR-V. The engine remains a 2.4-liter four-cylinder, but picks up power and efficiency. Horsepower stays the same, but torque rises to 181 pound-feet from 163.

As in the Accord, this engine is connected to a new single-speed CVT gearbox with a sport mode. This is an efficiency play, as increasing fuel-economy regulations have automakers turning to fuel-sipping CVT setups or conventional transmissions with seven, eight and even nine speeds.

Honda’s CVTs work better than most. Since this type of transmission essentially has only one speed, it tends to rev the engine higher and louder during acceleration.

So Honda has programmed in artificial gears that mimic the shifts that a driver expects when they push on the gas pedal.

Most customers won’t notice much difference in the new drivetrain — and that’s the point. The extra torque is available earlier in the CR-V’s acceleration, giving this Honda some extra giddyap. Drop the transmission into sport mode, and the car feels eager.

But the real gains come in fuel economy.

The interior and exterior also get a mild but worthwhile redesign.

Inside, the CR-V gets a bigger center console and more soft-touch controls. Dash controls for navigation have been moved to the touchscreen, for better or worse.

The interior remains a friendly, practical space for a family. Tall adults fit in the back with ease, and the rear seats fold flat with the tug of a lever.

Outside, the CR-V gets a more aggressive grille, headlights and bumper that give it a family resemblance to the current Accord and the recently redesigned Fit hatchback. The rear end still has an awkward bulge, but Honda massaged the caboose slightly and added some chrome trim to make it more upscale.

Finally, Honda added a bevy of new standard and optional features that help make it an easy value.

The EX trim, the most popular, adds standard gear including heated cloth seats, a power driver’s seat, keyless entry, LED daytime lights and Lane Watch (a side-view camera that uses the dashboard screen to display the lane to your right when you use the blinker).

Honda also added a new Touring model at the top of the CR-V range for customers willing to get spendy.

Starting at $31,520 for the front-wheel-drive model, this version has the leather, navigation system, upgraded stereo and dual-zone climate control of the EX-L model. But it adds to that a power tailgate, unique alloy wheels and most important, safety.

The Touring gets the automaker’s first application of what it calls Honda Sensing. That’s a fancy name for a group of tech-based safety features like adaptive cruise control, lane-keeping assist, forward-collision warning and autonomous emergency braking (including pedestrian detection).

The adaptive cruise control and lane-keeping assist works as well as anything else in the industry.

Similar to the setup in the Acura MDX, the best part of the lane-keeping function is it gradually directs the vehicle to the center of the lane, rather than ping-ponging it from side to side like other systems.

Making all this techno-safety gear available on the CR-V also serves another purpose. The independent Insurance Institute for Highway Safety requires that 2015 models be available with at least a collision-warning system to qualify for its coveted Top Safety Pick Plus designation.

Honda says the IIHS hasn’t tested the 2015 CR-V yet, but the automaker expects it will get that top classification when the safety agency does test it.

By sticking to the basics that have made the CR-V a top seller — while aggressively updating the drivetrain, safety and efficiency — Honda has made it clear it doesn’t intend to lose its sales lead anytime soon.