World Turkey: Syrian Town About to Fall to Jihadists
World 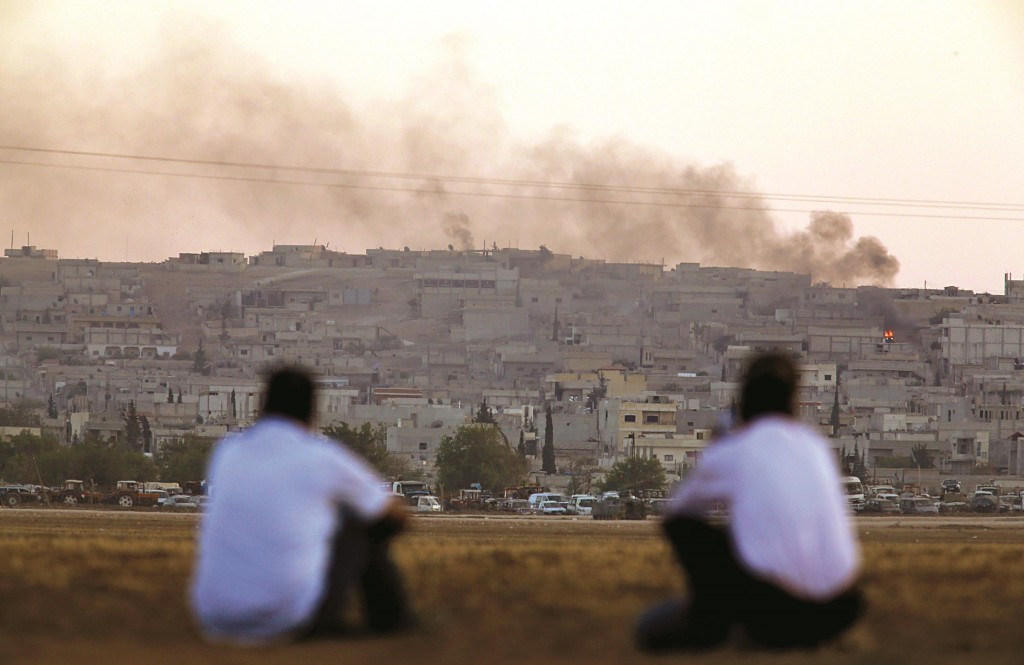 The Islamic State group is about to capture the Syrian border town of Kobani, Turkey’s president said Tuesday, as outgunned Kurdish forces struggled to repel the extremists with limited aid from U.S.-led coalition airstrikes.

Islamic State terrorists using tanks and heavy weapons looted from captured army bases in Iraq and Syria have been pounding Kurdish forces in the town of Kobani for days. Since the extremists’ offensive began in mid-September, more than 400 people have been killed in the fighting, activists said.

The beleaguered Kurdish militiamen defending Kobani received some support overnight and Tuesday from the American-led coalition, which carried out six airstrikes against Islamic State terrorists around the town, destroying four armed vehicles, damaging a tank and killing terrorists, the U.S. military said.

Turkish President Recep Tayyip Erdogan said the coalition air campaign launched last month would not be enough to halt the Islamic State group’s advance and called for greater cooperation with the Syrian opposition, which is fighting both the extremists and forces loyal to Syrian President Bashar Assad.

“Kobani is about to fall,” Erdogan told Syrian refugees in the Turkish town of Gaziantep, near the border. “We asked for three things: one, for a no-fly zone to be created; two, for a secure zone parallel to the region to be declared; and for the moderate opposition in Syria and Iraq to be trained and equipped.”

Turkish tanks and other ground forces have been stationed along the border within a few hundred meters (yards) of the fighting in Kobani — also known as Ayn Arab — but have not intervened. Just days ago, Turkey said it wouldn’t let Kobani fall.

Despite Erdogan’s dire assessment, Kurdish forces managed to push the Islamic State out of most of the eastern part of Kobani on Monday, hours after the extremists stormed into neighborhoods on the edge of town, according to the Britain-based Syrian Observatory for Human Rights.