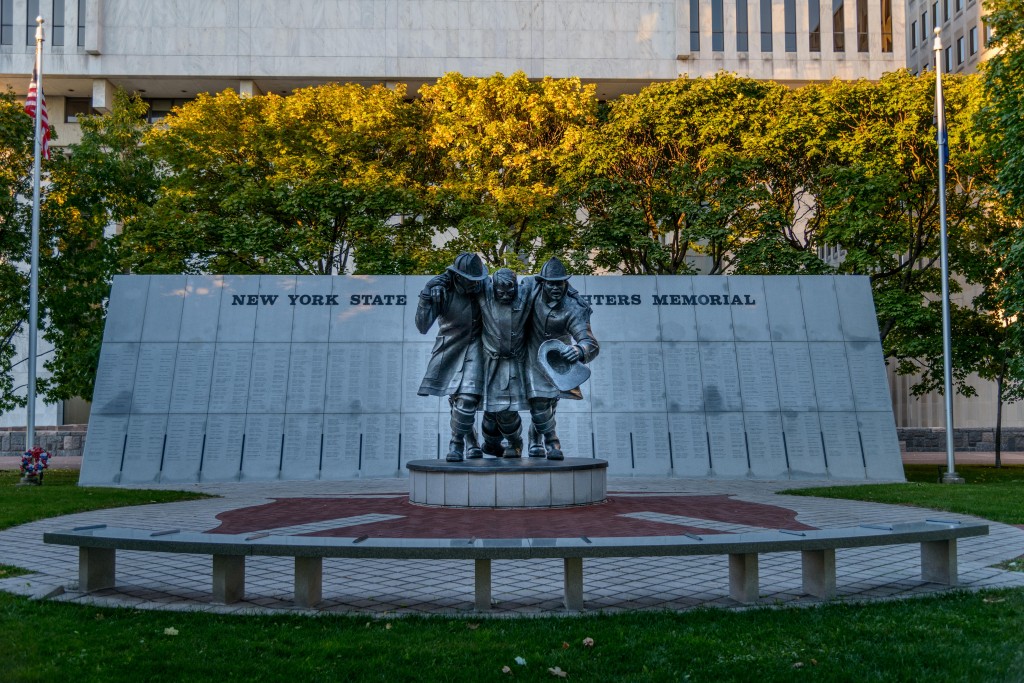 The names of nine firefighters were added on Tuesday to the New York State Fallen Firefighters Memorial in downtown Albany.

The memorial, dedicated at the Empire State Plaza in 1998, honors the nearly 2,400 people who have died in the line of duty while serving as professional or volunteer firefighters in New York State.

The names being added Tuesday include two Rochester-area firefighters killed in 1952 and Lt. Joseph DiBernardo, who died in November 2011 from injuries suffered in the 2005 “Black Sunday” fire in the Bronx that killed three other New York City firefighters.