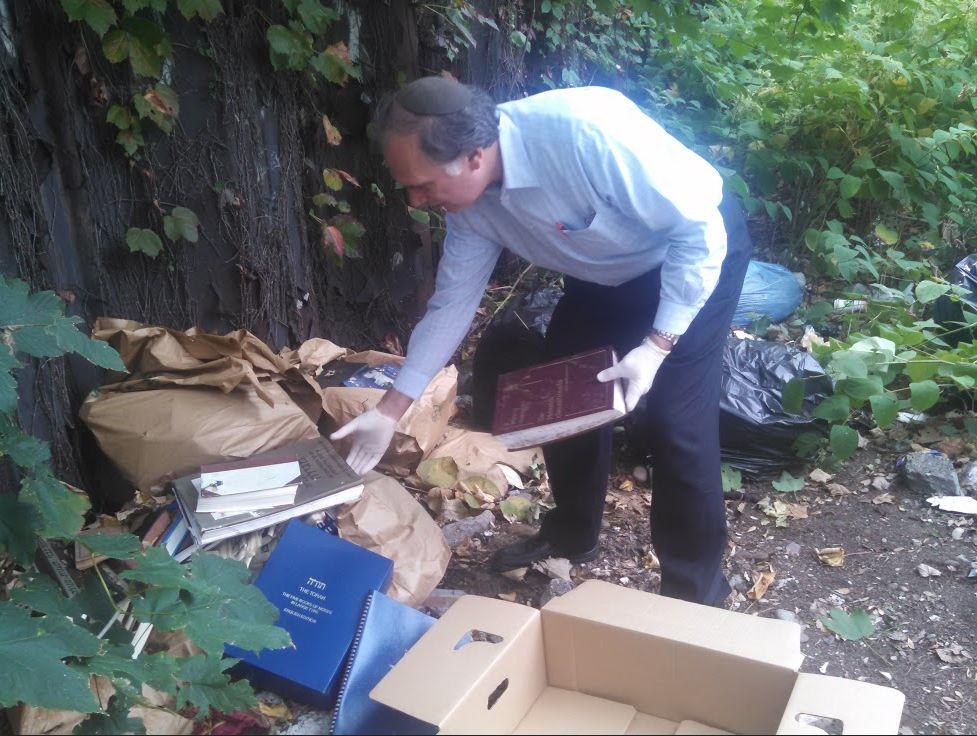 Several boxes of sheimos were discovered Monday night dumped on Boro Park’s 48th Street, with more than 30 pairs of tefillin and a large quantity of Chumashim and Gemaros spilled out disrespectfully on the ground.

Assemblyman Dov Hikind said he received a call regarding sheimos on 48th Street and 18th Avenue. His staff boxed up the sheimos so they could be properly disposed of.

“To see such a sight just days after Yom Kippur is just sickening,” said Hikind, a Democrat representing the area. Hikind said he will work with community Rabbanim to come up with a solution.