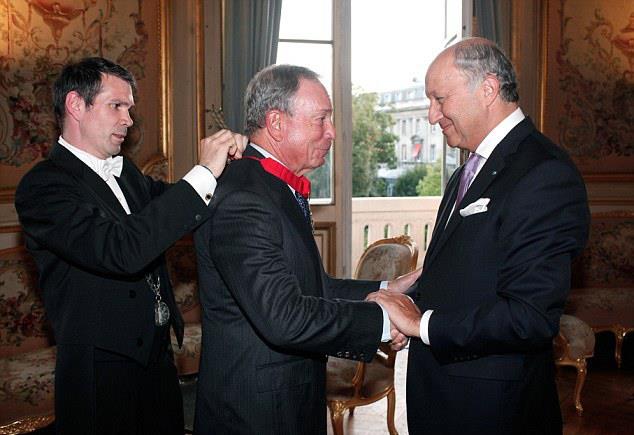 Sir. Michael Bloomberg it won’t be, but he is a knight in shining armor, at least as far as the British are concerned.

Queen Elizabeth II on Monday bestowed an honorary knighthood on the billionaire businessman and former New York mayor. The British government said that Bloomberg was made “an Honorary Knight of the Most Excellent Order of the British Empire” in recognition of his “prodigious entrepreneurial and philanthropic endeavors” and his work to strengthen trans-Atlantic ties.

Because he is a U.S. citizen, Bloomberg won’t be entitled to use the title “sir” before his name, but can use the initials “KBE” after it.

Bloomberg was awarded France’s highest civilian honor two weeks ago during a visit to Paris. French Foreign Minister Laurent Fabius awarded him the Legion of Honor on Sept. 16.