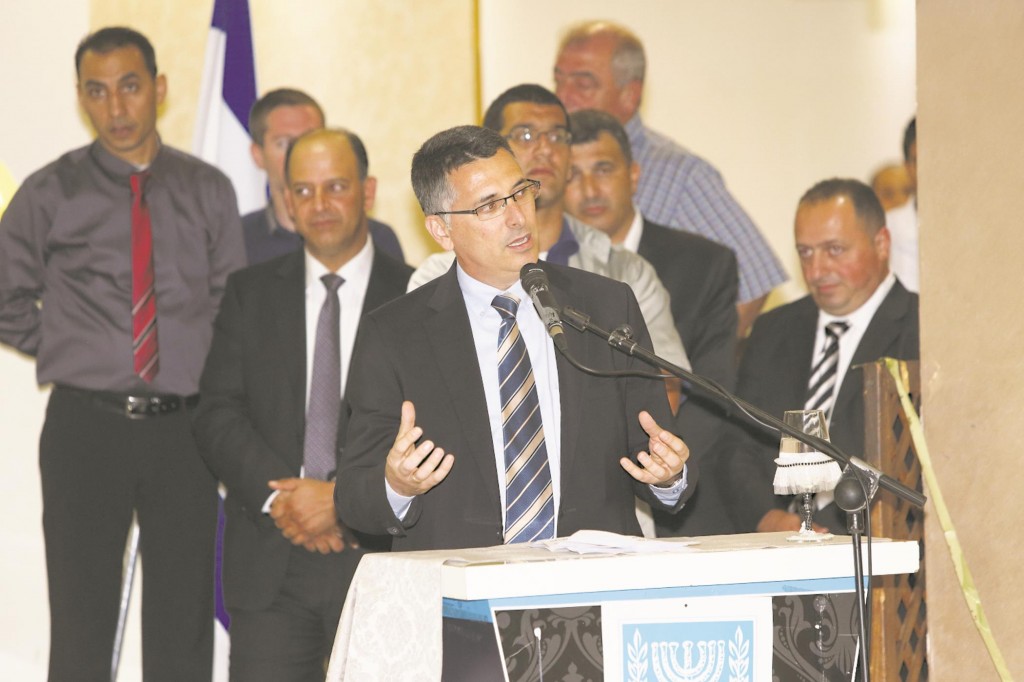 A confrontation between the government and the High Court over the issue of Israel’s policy toward illegal migrants continued to brew on Monday, as Interior Minister Gideon Saar told a Knesset committee that there was no alternative to detention.

The court has ruled that the Holot open detention center must be closed within 90 days, and that detention of newly arrived migrants in the closed Saharonim holding facility for one year was unconstitutional, a violation of their human rights.

But Saar argued that the court was overstepping its mandate, taking over the lawmaking role that constitutionally resides with elected members of Knesset, and that in this case it would leave the country unprotected from an inundation of illegal migrants.

“Anyone who enters Israel illegally has to be jailed. How can we deal with infiltration without that tool?” Saar asked. “We need a deterrent amount of jail time for infiltrators…Without that, we won’t be able to control our borders.

“We cannot give up on Holot. Without Holot we cannot do the job. Holot needs to be expanded, not closed, and so migrants are sent to Tel Aviv and Eilat,” he stated.

“Does Israel want to keep its character as a Jewish and democratic state? Does it want to protect its borders?

“The government is responsible for Israel’s future facing a very difficult phenomenon. Other Western states didn’t know how to deal with it, and their character changed. We cannot give up. As long as I have this job, until the last minute, I will act with the responsibility I have,” he pledged.

Addressing the judges’ power to overturn state policy, Saar quoted High Court President Asher Grunis in the court’s minority opinion, which called canceling a law an “unconventional weapon” and cautioned that “the court cannot be turned into a legislator.”

“Within 90 days we will have a new immigration policy like every other self-respecting country,” she said. “Every country has the right to guard its borders, including Israel.”

Deputy Attorney-General Dina Zilber dismissed Saar’s comments, saying that “it’s nice when the High Court accepts the state’s position, but the court is not the government’s rubber stamp.”

“The Attorney General’s Office will not lend a hand to shrinking the High Court’s power,” she said.

Regarding the charge that the court has no such authority to cancel legislation, Zilber asserted that this is merely “the Ping-Pong of the authorities, which is part of the legitimate constitutional process.”

Saar’s stand reflects a changing attitude toward Israel’s judiciary, once regarded as sacrosanct by mainstream politicians.