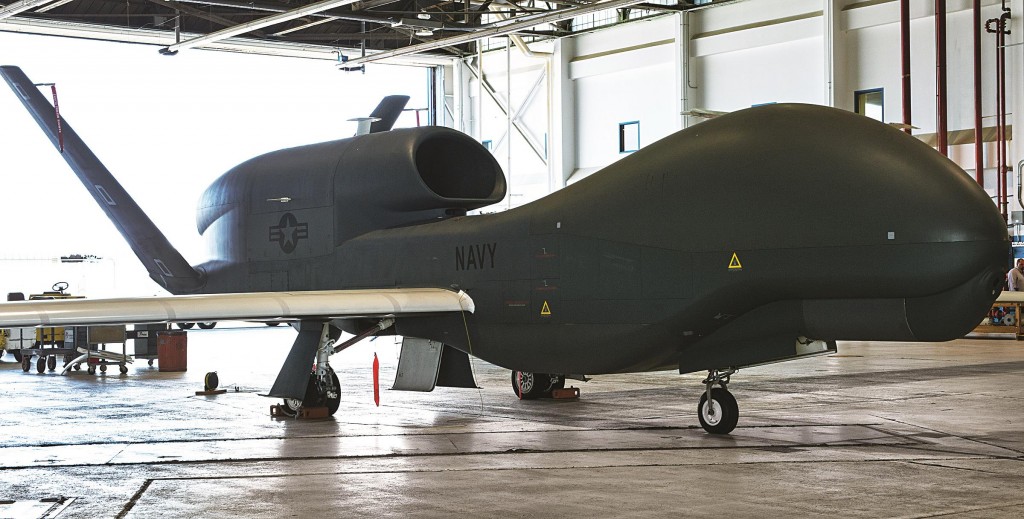 The squabbling between the Pentagon and Capitol Hill over whether to kill the biggest of the military’s drones – the Global Hawk – is finished for the moment, with the remotely piloted surveillance aircraft and its builder, Northrop-Grumman emerging as the victors.

Now there’s every indication that the rise of the Islamic State has offered the pilotless plane a chance to show its stuff.

If only its intelligence, reconnaissance and surveillance activities, conducted from as high as 11 miles off the ground and on flights of up to 32 hours, weren’t classified. Pentagon officials won’t talk about the drone’s role in recent U.S. airstrikes in Iraq and Syria.

But one piece of data offers a telling indicator that the Air Force’s fleet of 32 Global Hawks has been helping to pinpoint Islamic State targets: From Sept. 10 to 16, just days before the first missiles and bombs exploded in Syria, the drone fleet set a record with over 700 flight hours, more than 60 percent above the weekly average in 2013. It also has been deployed over Afghanistan.

President Barack Obama’s no-boots-on-the-ground approach to blunting the advance of the radical militants of the Islamic State seems almost tailored for such a drone. The aircraft collects high-resolution images of the terrain below and transmits them in nearly real time.

When programmed, the Global Hawk can take off and land autonomously. The drone carries a big payload of advanced technology, including high-resolution infrared sensors that can look through adverse weather, day or night, and collect images of vast geographic regions with precision, Northrop-Grumman says.

It has been controlled from Beale Air Force Base in northern California, but flies combat and humanitarian missions from six locations around the world, including Japan, Guam and an undisclosed site in the Middle East.

The early version Hawks, first flown after the terrorist attacks of Sept. 11, 2001, have been used for Navy maritime patrols and for environmental science missions for NASA.

In 2012, during a period of belt tightening as the wars in Iraq and Afghanistan wound down and federal budget deficits soared, the Air Force turned its ax on the Block 30 Global Hawk, the third version (a Block 40 is in development), just a year after it became operational. Cost overruns had given the program a black eye.

Pentagon officials saw the potential to save over $2 billion by mothballing the drones that already had been delivered and sticking with the decades-old and highly trusted U-2 spy plane produced by Northrop rival Lockheed Martin.

After an intense lobbying battle, however, Northrop prevailed with the help of some powerful friends in Congress, including Rep. Howard “Buck” McKeon, R-Calif., the chairman of the House Armed Services Committee in whose district the aircraft is assembled. It didn’t hurt that the production costs of the Global Hawk had declined. Congress ordered the Air Force to keep buying the aircraft.