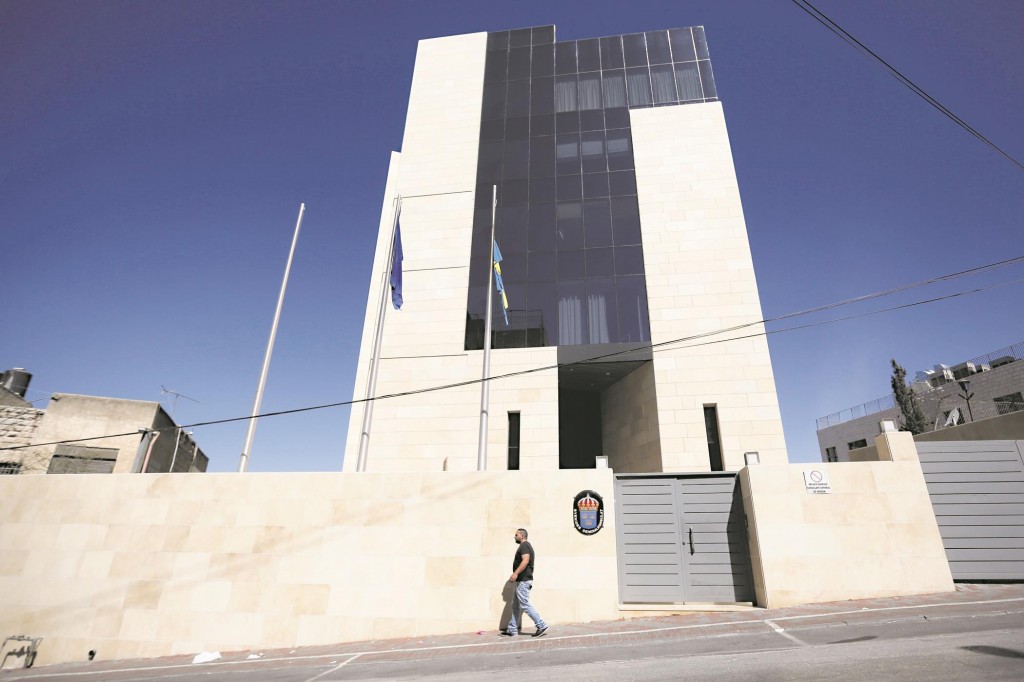 Sweden’s new center-left government will recognize a “state of Palestine,” making it the first major European country to take the step, Prime Minister Stefan Löfven said during his inaugural address in parliament.

“The conflict between Israel and Palestine can only be solved with a two-state solution, negotiated in accordance with international law,” Löfven said on Friday.

“A two-state solution requires mutual recognition and a will to peaceful co-existence. Sweden will therefore recognize the state of Palestine.”

Within the EU, some countries, such as Hungary, Poland and Slovakia, recognize “Palestine,” but they did so before joining the 28-member bloc.

Israel’s Foreign Minister Avigdor Lieberman said that he regrets that the new prime minister was “quick to issue statements regarding the Palestinians. He apparently has not yet had sufficient time to study the matter and to understand that it is the Palestinians who have for the past 20 years been an obstacle to reaching an agreement with Israel.

“Prime Minister Löfven must understand that no declaration and no measure by an external party can serve as a substitute for direct negotiations between the parties and a solution that will be part of an overall arrangement between Israel and the entire Arab world. If what concerns him is the situation in the Middle East, he would better focus on the more urgent problems in the region, such as the daily mass murder taking place in Syria, Iraq and elsewhere.”

The Israeli Foreign Ministry announced it will summon Sweden’s ambassador to protest the move.

Meanwhile, the European Union said that plans for new housing in eastern Yerushalayim pose a threat to peace and Israel’s relations with the EU.

Netanyahu told reporters that just as Arabs have the right to buy and live in property throughout the capital, so do Jews. Pointing out a double standard, he said: “If you said to me that in some city in the United States or in Mexico, or anywhere else, Jews cannot buy apartments, there would be an uproar.”

The project is designed to provide housing roughly equally for both Arab and Jewish residents, official said.

Diplomatic sources said that the Swedish move is unlikely to set off a chain reaction in Europe, given the weakness of the incoming government.