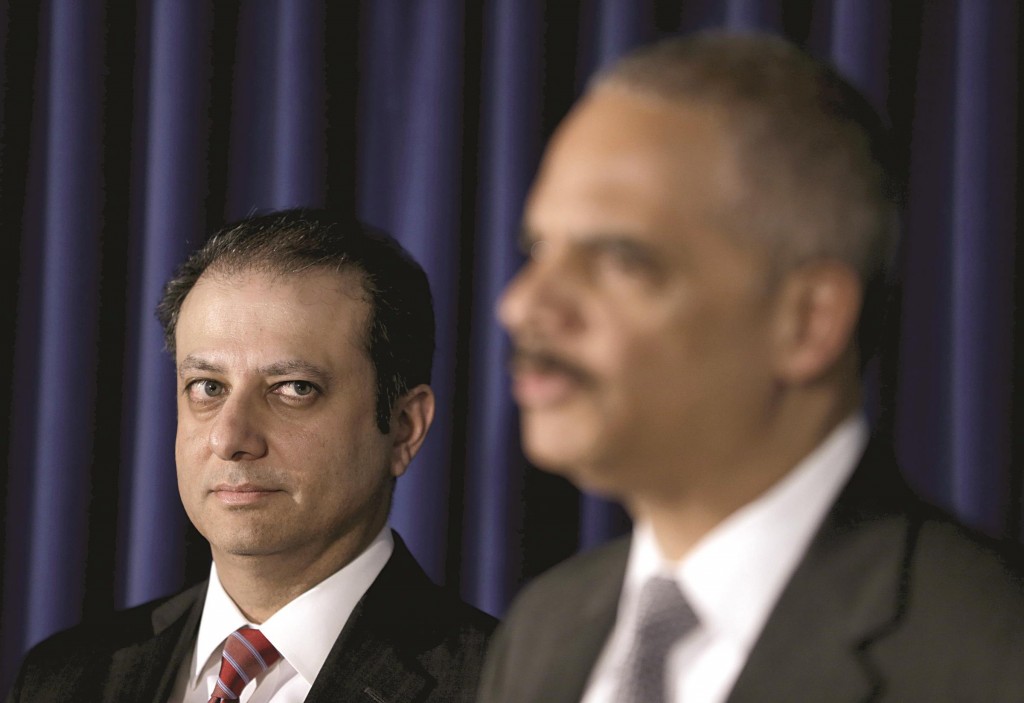 Manhattan U.S. Attorney Preet Bharara is not doing much to encourage speculation that he’s on the short list to be the next attorney general. And he’s not exactly discouraging it either.

Bharara’s profile has grown steadily in his five years as head of one of the nation’s most high-profile federal prosecutor’s offices. He made the cover of Time magazine for his aggressive pursuit of Wall Street fraudsters. He’s overseen the biggest civilian terrorism cases. And he stood up to Gov. Andrew Cuomo over his dismantling of an anti-corruption commission.

As recently as last week, Bharara used humor to deflect speculation he’s among a handful of potential candidates for the job being vacated by Attorney General Eric Holder — a promotion that would make him the first Indian-American ever to serve on the cabinet.

“So here’s the problem: When you have a very proud Indian mother and a vacancy seems to be coming open, she will call all the newspapers and say please put me on the list,” he said at a recent public appearance. “So I’ve told my mom to stop calling.”

Having already cleared confirmation hearings for his current job, the 45-year-old Bharara is thought to be looked on favorably from both sides of the aisle in Congress among a list rumored to include Solicitor General Don Verrilli, Labor Secretary Tom Perez and former Homeland Security Secretary Janet Napolitano.

If Bharara were to get the job, he wouldn’t have far to go to reconnect with some of his predecessors in the Manhattan U.S. attorney’s office. In the last year and two months, James Comey took over as FBI director and Mary Jo White became the top boss at the Securities and Exchange Commission.

“Cream rises to the top,” said Carl Tobias, a professor at the University of Richmond School of Law. “If you want the best, go to the Southern District, that’s what I think.”