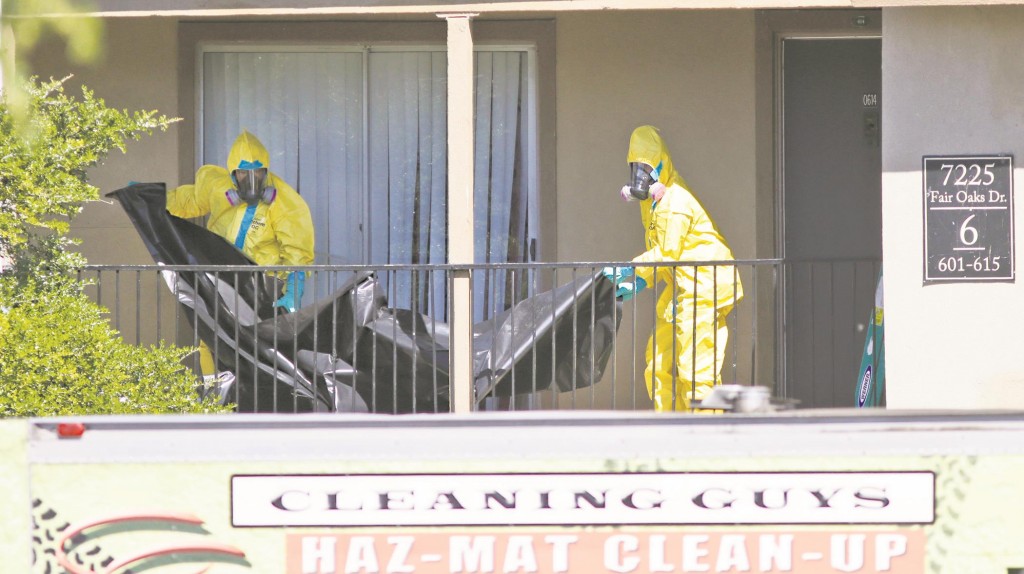 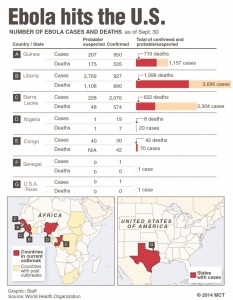 Public health officials said Saturday that it would take more than a month before they can declare the risk of Ebola exposure eliminated here after a patient from Liberia was diagnosed last week with the first U.S. case of the deadly virus.

Dr. Tom Frieden, director of the Centers for Disease Control and Prevention, said in a weekend briefing that although the incubation period for Ebola is 21 days, officials usually wait twice as long before declaring that the risk has passed.

The U.S. Ebola event will not end until 42 days from the last day of exposure, he said, which would be when the Dallas patient, Thomas Eric Duncan, was taken to Texas Health Presbyterian Hospital and placed in isolation on Sept. 28.

If any new cases are discovered, Frieden said, the 42-day countdown would start again. The director of the state’s department of public health said plans were already being made for how to handle any future cases that may arise.

Officials have screened 114 people and were monitoring about 50 as of Saturday who may have been exposed to Duncan after he arrived in Dallas on Sept. 20. The monitoring includes taking temperatures and watching for signs of fever or other Ebola symptoms.

The group includes nine people considered at high risk of exposure, including health-care workers and relatives of Duncan, he said.

Frieden said it was important to follow up with Duncan’s potential contacts during the “peak period” of about a week after exposure. As of Friday, officials have been able to reach all but one of the 50, including all nine considered high risk, Frieden said.

“The way to stop Ebola in its tracks is contact tracing and follow-up,” Frieden said.

He said calls from some members of the public to stop commercial airline flights from West Africa and “seal ourselves off from the world” would not prevent cases like that of Duncan, who apparently did not have symptoms until days after he arrived.

In fact, he said, it could backfire: When Senegal recently halted flights to Liberia, he said, the move delayed the arrival of health-care workers from the African Union.

He said exit screening of passengers at airports in West African countries has stopped 77 people from boarding departing flights, including 17 in September, though there was no follow-up monitoring to determine whether those individuals were later diagnosed with Ebola.

While the CDC is evaluating how West African arrivals are screened in the U.S., Frieden said, “nothing that we would have done in Liberia or the U.S. would have changed the course of the current situation.”

One thing that can be learned from Duncan’s case, he said, is that health-care workers need to document a patient’s travel history.

“Hospitals across the nation have to learn from this experience. The travel history is very important to take right now,” said Dr. David Lakey, commissioner of the Texas Department of State Health Services.

Lakey then made a plea to health-care workers listening to the briefing: “If you have a patient with fever or symptoms possibly related to Ebola, you have to ask their travel history.”

Officials at Texas Presbyterian Hospital conceded late Friday that doctors handling Duncan’s case initially turned him away from the hospital despite having been informed that he had recently arrived in to Texas from Africa.