World In Liberia, ‘Ebola People’ Have Thankless Task of Caring For Patients
World 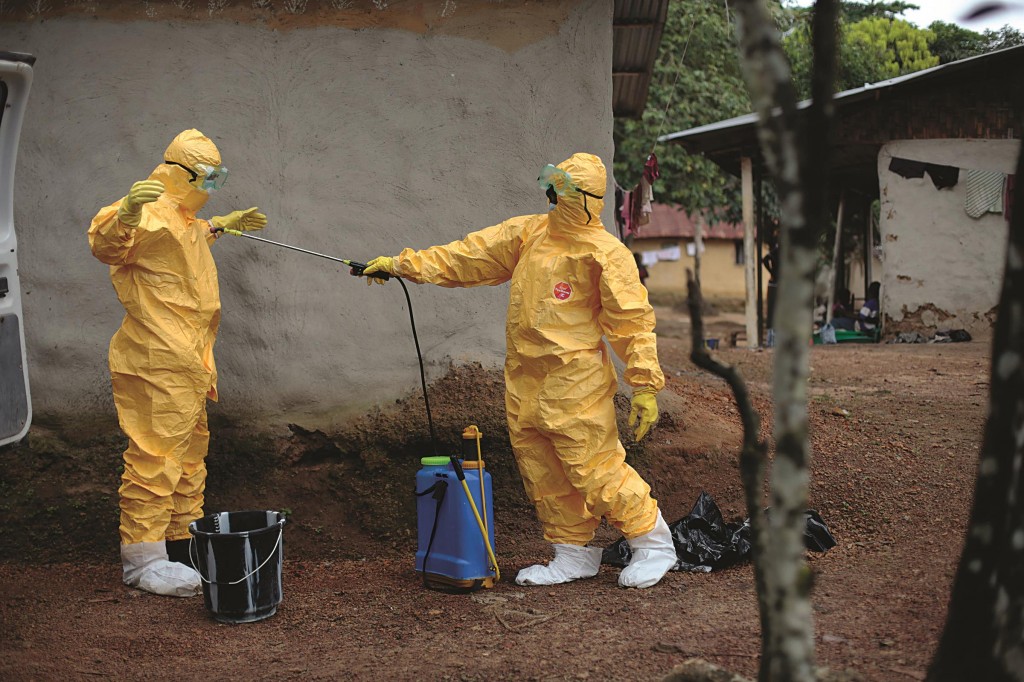 Patrick Githinji held the intravenous needle and bent over his patient. The man was shaking and sweating, blood trickling from his head and hand.

Githinji wore a suffocating protective suit, outfitted with double-layered gloves, mask and goggles. But it would be useless against the deadly Ebola virus if compromised by even a tiny slip of the needle.

“If you make a small mistake, you may prick yourself and end up positive. When you are fixing an IV drip for an Ebola patient, you can even panic,” said Githinji, 29, a Kenyan nurse at the International Medical Corps Ebola treatment unit here in Bong County. “I feel some fear, but this is a job that somebody has to do.”

The health workers on the front lines of Liberia’s Ebola crisis are working grueling shifts and risking fatal infection in their commitment to comfort the dying and save the sick.

Yet instead of being celebrated, these workers — most of them from Liberia and other African countries — face a significant public backlash. Many are shunned, evicted from their houses or confronted with obstacles in trying to return to their home nations after working in Ebola hot spots. Health workers seen in the media in their now-familiar yellow or blue protective full-body suits have a name: “the Ebola people.”

The Ebola people, one persistent rumor goes, are in a plot to kill patients in treatment units. Others fear that staff will infect their communities, because so many of the dead are health workers or their close relatives.

Health care officials say the persistent suspicions have complicated the task of encouraging patients to seek help early, and undermined efforts to isolate infected people from the community.

“People still believe the rumors,” said Garmai Cyrus, a counselor at the IMC unit whose own hometown is circulating a report that “the Ebola people” are giving patients a poisonous yellow and green medicine to kill them.