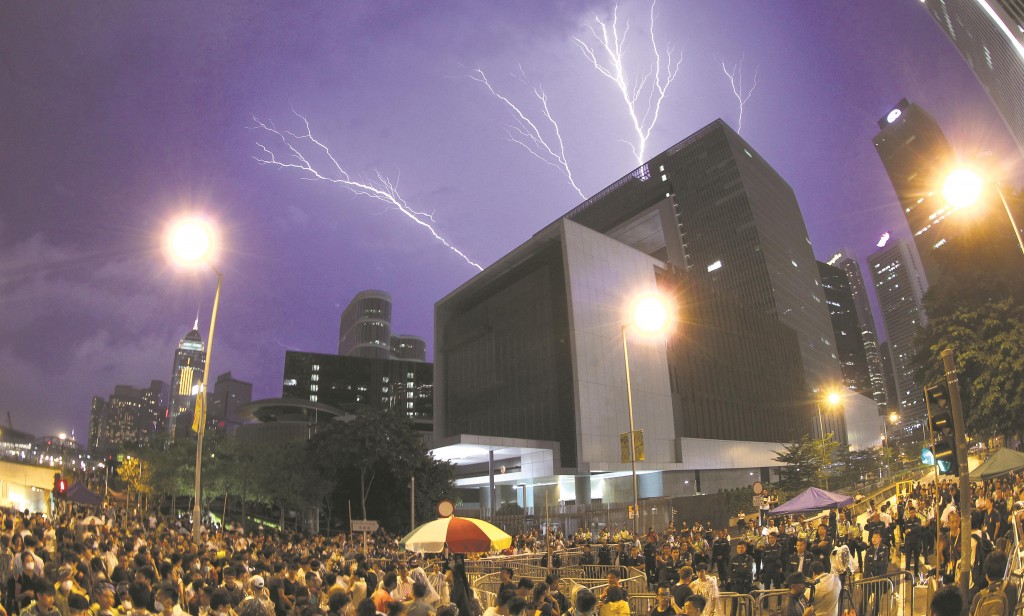 Hong Kong’s pro-democracy activists were defiant on the eighth day of protests Sunday, in the face of attacks by opponents and government warnings to clear the business district streets they have occupied to press their demand for reforms.

“Democracy now! Democracy in Hong Kong!” thousands chanted as speakers from the movement seeking wider political reforms for this former British colony urged them to persist in their campaign. The rally lasted hours, with participants at times clapping and cheering as a stream of speakers and singers addressed them and performed popular songs.

“We are not seeking revolution. We just want democracy!” said Joshua Wong, a 17-year-old student leader. “We hope there will be no violence,” he said. “It would be unfortunate if this movement ended with bloodshed and violence.”

The city’s top leader, Chief Secretary Leung Chun-ying, once again urged everyone to go home, saying things needed to get back to normal by Monday. The protests are demanding Leung’s resignation, but he has refused.

Earlier Sunday, people occupying the area just outside city government headquarters agreed to remove some barricades that were blocking the building’s entrance, after the government said it would do whatever was necessary to ensure 3,000 civil servants would have full access to their offices on Monday.

The partial withdrawal appeared to be part of a strategy to regroup in another part of town, as protesters were urged to shift from other areas to Hong Kong’s Admiralty shopping and business district, a central location near the government’s main offices that has served as an informal headquarters for the protests.

The opponents of the demonstrations are using blue ribbons to signal their support for the mainland Chinese government, while the pro-democracy protesters are wearing yellow ribbons.