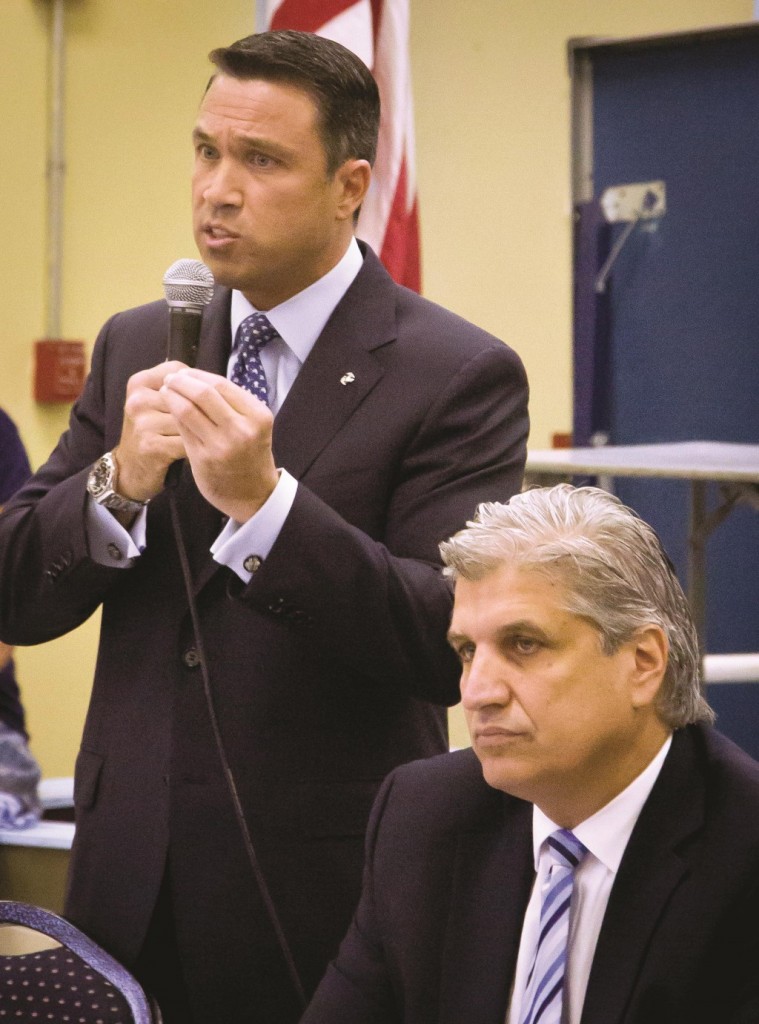 A 20-count federal indictment and threatening to toss a reporter off a balcony might immediately disqualify a congressman from a bid for a third term.

Not in Staten Island and a stretch of Brooklyn where some defiant voters stand by pugnacious Republican Rep. Michael Grimm, dismissing the actions at the heart of his legal woes — charges of tax evasion, fraud, cash payments to illegal workers at a Manhattan restaurant — as unsavory but typical in New York.

“You go into any business, any restaurant in New York City and you tell me who never got paid cash. What kind of nonsense is that?” said 58-year-old Nanci Roden, still agitated after watching Grimm face Democratic challenger Domenic Recchia at a senior center debate in the shadow of the Verrazano Bridge. “What garment industry never hired undocumented workers? What restaurant business doesn’t hire undocumented workers?”

Grimm, a former Marine and ex-FBI agent, and Recchia, a former city councilman from Brooklyn, are locked in a close race that’s both personal and business in one of the half dozen congressional districts where Democrats have a legitimate shot at winning despite the abysmal outlook for President Barack Obama’s party.

Recchia, 55, has the solid support of the national party, which has invested hundreds of thousands of dollars, plans to spend at least $112,000 on ads this week and helped register more than 6,000 new voters in the district. Grimm has a limited amount of campaign cash and no public support from the national party.

What the 44-year-old Grimm does have is a dedicated constituency that understands why he might say to a reporter who tried to question him about the FBI investigation: “I’ll break you in half. Like a boy,” and threaten to throw him over the balcony.

Pressed about the incident after Wednesday’s debate in Brooklyn, Grimm said he apologized to the reporter and that he made a mistake after a stressful day in Congress last January. His answer captured the us-versus-them mentality of GOP-leaning Staten Island, which makes up 65 percent of the district.

“I live in Staten Island, and Staten Island is the forgotten borough in so many ways, and if you’re not aggressive and not a fighter, the bottom line is you’re not going to get anything,” the Brooklyn-born Grimm told reporters. “As a Staten Islander, sometimes I get my Italian up.”