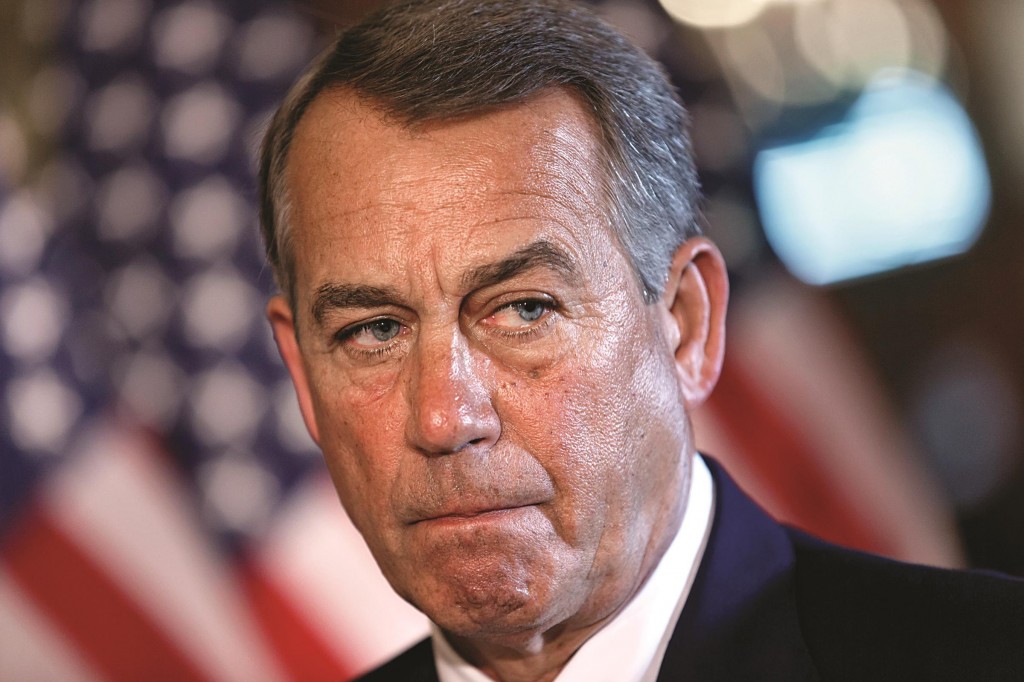 Speaker John A. Boehner is on a stronger footing with the House Republican rank and file than he has been in years. But when the new Congress convenes in January, that won’t stop the party’s anti-Boehner wing from staging another revolt.

Lawmakers and aides say Boehner has improved his position in the GOP conference since the start of 2013, when 12 Republicans surprised the Ohio Republican on the floor by refusing to vote for him as speaker. That 2013 coup attempt went nowhere, but the anti-Boehner effort in the new 114th Congress is counting on reinforcements.

At least five conservatives likely to win in November already say they’re apt to support someone else for speaker. Several current members — Walter B. Jones of North Carolina, Paul Gosar of Arizona, Louie Gohmert of Texas — openly admit they won’t support Boehner. And even members who support the speaker acknowledge that he will face opposition.

Indiana Republican Marlin Stutzman said he will vote for Boehner come January, but that there could be 20 to 50 Republicans voting against Boehner.

“It’s interesting, you know, some of the people that have approached me,” Stutzman said. “[I was] surprised that they were in that camp. It’s not your typical, traditional folks you would think.”

Stutzman’s office said his number is simply speculation. And even if there are enough votes to initially keep the speaker’s gavel from Boehner’s hand, there is no challenger yet to the man who has reigned atop the Republican Conference for nearly nine years.

“I think it’s hard to beat somebody with nobody,” Stutzman said.

Several members involved in the last effort to dethrone Boehner said the ultimate failing of the insurrection was not presenting members with a clear alternative. And with former Majority Leader Eric Cantor (R-Va.) gone, a Boehner successor is even less apparent.

House Budget Committee Chairman Paul D. Ryan of Wisconsin could put together a viable candidacy, but has shown no indication that he will. And House Financial Services Committee Chairman Jeb Hensarling has toyed with the idea. But his support in the conference might be overstated, and the Texas Republican seems to sense that now is not the time.

“I just don’t see it,” Rep. Tom Cole (R-Okla.) said of a Hensarling challenge. “That doesn’t mean he won’t run for speaker at some point. But again: Jeb plays by the rules. And if you’re going to run for speaker, it’s awfully late to mount that.”