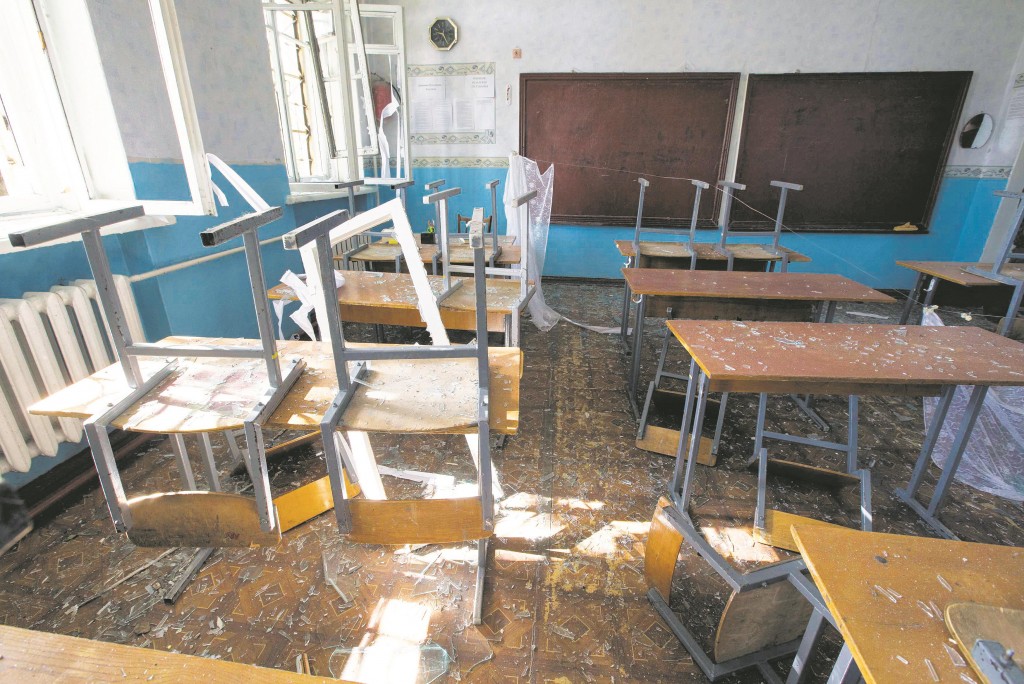 At least 10 people were killed on Wednesday when shells hit a school playground and a public transit mini-van in a nearby street in Donetsk in eastern Ukraine, underscoring the fragility of a ceasefire between separatists and government forces.

Teachers managed to lead pupils at school No. 57 into a cellar for safety when shelling started and there were no children among those killed, municipal authorities and witnesses said.

The shelling occurred at 10 a.m. on the first day of the new school year after the 50-60 pupils aged from eight to 10 had already entered the school. The dead included a teacher and the father of one of the children at the school, teachers said.

City authorities blamed the shelling on the rebels and the separatists blamed it on government forces. It interrupted a fragile ceasefire in a conflict in which about 3,500 people have been killed, according to U.N. figures.

Ukrainian President Petro Poroshenko said last week there were clear signs that the ceasefire that came into force on Sept. 5, the cornerstone of his peace plan to end six months of conflict, was working.

But it has begun to fray with the deaths on Monday and Tuesday of nine Ukrainian servicemen in clashes with separatists.

The school is in a city district a few miles from the city’s main airport where separatists have been trying to dislodge government forces for some days.