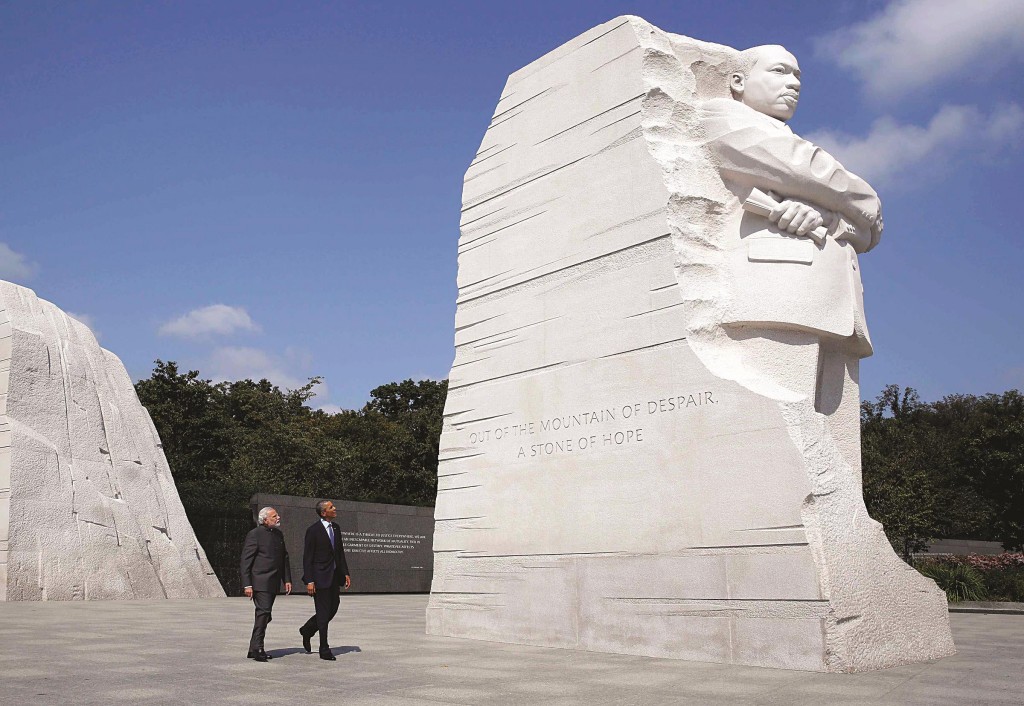 President Barack Obama showered praise on India’s new prime minister in an Oval Office meeting Tuesday that sought to infuse new energy into the two countries’ sluggish relationship. Yet for all the pomp and pageantry, there were few signs that Obama and Narendra Modi had resolved vexing issues that have often kept the two democracies at arm’s length.

Following their first formal meeting, Obama hailed Modi for his energetic approach to addressing India’s challenges since taking office. The president singled out the prime minister’s focus on addressing “the needs of the poorest of the poor,” as well as making India a source of peace and stability in the region.

“We have so much in common, it is critical for us to deepen and broaden the existing framework and partnership that already exists,” Obama said.

Modi, speaking through a translator, said he expected the economic partnership between the U.S. and India to “grow rapidly in the coming years.” He offered optimism that the two governments could work through trade disputes and obstacles to nuclear energy cooperation with American companies.

The visit “has reinforced my conviction that India and the United States are natural global partners, based on our shared values, interests and strengths in the digital age,” said Modi, who was elected with broad support in May pledging to help reform India’s economy.

Still, while the two leaders said they’d covered key issues including economics, climate change and regional security, they closed their meeting without announcing any breakthroughs on lingering issues or major commitments to boost collaboration in the future.

While military ties and defense trade between India and the U.S. have grown, the economic relationship has been rockier, with Washington frustrated by India’s failure to open its economy to more foreign investment and address intellectual property complaints. Challenges with an existing civil nuclear agreement and the search and arrest last year of an Indian diplomat have further frayed relations.

Typically, visiting heads of state spend just a portion of a day at the White House meeting with Obama and other U.S. leaders. But Modi, whose election has been cheered by many Indian-Americans, was welcomed with the type of grandeur generally reserved for the closest of U.S. allies.

On the eve of Tuesday’s talks, Obama hosted Modi for a private working dinner at the White House — despite the fact that Indian leader, a devout Hindu, was fasting. After spending the night at Blair House, the U.S. government guesthouse across from the White House, Modi was greeted by a military honor cordon that lined the White House driveway as his black SUV drove him up to the West Wing entrance.

And following their Oval Office meeting, Obama and Modi traveled together to the Martin Luther King Jr. memorial on the National Mall, just a few blocks from the White House.