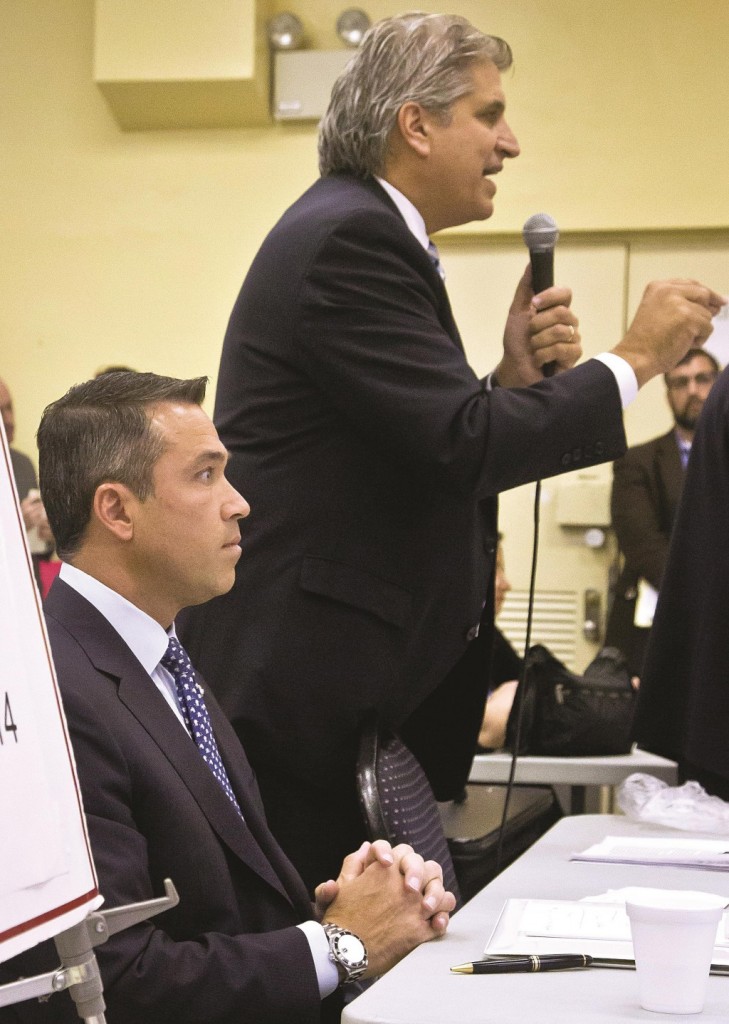 At a raucous debate Wednesday, Democratic challenger Domenic Recchia called Republican Rep. Michael Grimm a liar who failed to tell the truth to federal officials. The incumbent in the fiercely competitive and closely watched U.S. House race dismissed the criticism as political mudslinging.

The two candidates faced off before a boisterous, standing-room-only crowd at a Brooklyn senior center with Grimm casting Recchia as an “ultra-liberal progressive” in the mold of President Barack Obama and Mayor Bill de Blasio.

Recchia raised the issue of Grimm’s federal indictment. Grimm is accused of evading taxes while running a small Manhattan restaurant.

“Michael Grimm has a problem,” he said. “He lied to the FBI. He lied to the U.S. attorney’s office. He’s lying to you here today.” The former councilman said Grimm cannot be effective because the Republican leadership has distanced itself from the lawmaker.

Recchia’s comment elicited applause and boos, with one woman yelling at him, “You’re a liar.”

Grimm, a former Marine and FBI agent, said that he’s entitled to his day in court. He defended his work in Congress since 2011, maintaining that he worked to ensure assistance after Superstorm Sandy in 2012.

“My opponent’s entire campaign is, ‘Michael Grimm is bad, so vote for me,’” the lawmaker said.

The district covers Republican-leaning Staten Island and increasingly Democratic parts of Brooklyn. The race is considered one of the most competitive in the country and an opportunity for Democrats to flip a congressional seat in a tough political year in which the GOP is widely expected to increase its majority in the House.

A Siena poll out on Monday has Grimm clinging to a tenuous 4-point lead over his challenger.