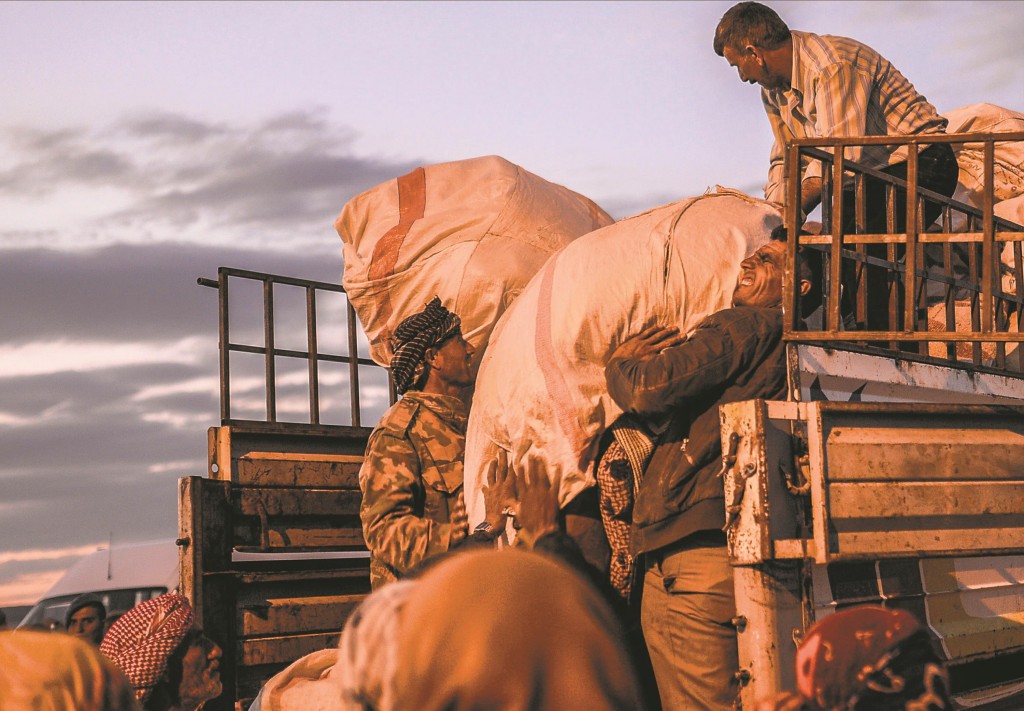 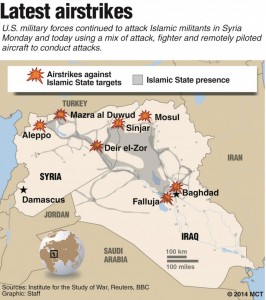 Kurdish officials said Tuesday their fighters recaptured a key Iraqi border crossing into Syria from Islamic State group terrorists in intense fighting, as Britain joined the U.S.-led international air campaign against the extremists, carrying out its first strikes in Iraq.

Kurdish fighters, known as peshmerga, said they saw their heaviest fighting yet against the Islamic State group as the Kurds waged a campaign to recapture territory lost to the extremists over the past months.

Peshmerga spokesman Halgurd Hekmat told the Associated Press that peshmerga seized the border crossing of Rabia, which the extremists had captured over the summer. Kurds wounded in the fighting who were brought to a makeshift clinic in the town of Salhiya described savage battles, with terrorists sniping at them from inside homes and from the windows of a hospital in Rabia.

“They’re such good fighters,” said one peshmerga fighter, who was uninjured but was resting outside the clinic on a rock surrounded by blood-soaked bandages. He refused to be identified because he is not a senior officer. “They’re fighting with weapons the Iraqi military abandoned — so, American weapons really.”

British warplanes carried out their first strikes in northwestern Iraq, supporting Kurdish fighters who have been battling the Islamic State group along a long stretch of territory. The Tornado jets struck a heavy weapons post and a vehicle mounted with a machine gun being used by the extremists who were attacking Kurdish fighters, British Defense Secretary Michael Fallon said in London.

The U.S. and its allies have been carrying out airstrikes in Iraq since last month, trying to push back the terrorist forces that overran large swaths of Iraq and neighboring Syria. American warplanes and those of several Arab allies began strikes against the group for the first time in neighboring Syria last week.

U.S. Ambassador to the United Nations Samantha Power noted the British strikes, saying the Netherlands has also sent planes and that Denmark plans to as well, once it has a parliamentary debate. “So every day has seen new contributions,” Power told reporters.

On the Syrian side, coalition jets struck around a beleaguered Kurdish town near the Syrian-Turkish border that the Islamic State have been attacking for days. Despite the strikes, the terrorists have pressed their offensive on the town of Kobani, also known by its Arabic name of Ayn Arab, and surrounding villages near Syria’s border with Turkey.

The fighting has created one of the single largest exoduses in Syria’s civil war, now in its fourth year: More than 160,000 fled the area into Turkey the past few days, the U.N. humanitarian chief Valerie Amos said.

“Their fear is so great that many people crossed heavily mined fields to seek refuge,” she told the U.N. Security Council.

The U.S. Central Command said U.S. fighter jets and drones conducted 11 airstrikes Monday and Tuesday in Syria, including three near the Syria-Turkish border that destroyed one artillery piece, damaged another and knocked out two rocket launchers. It said another strike northeast of Aleppo destroyed four buildings occupied by Islamic State. Two strikes destroyed vehicles, artillery and a tank in eastern Syria and near the Iraq border.