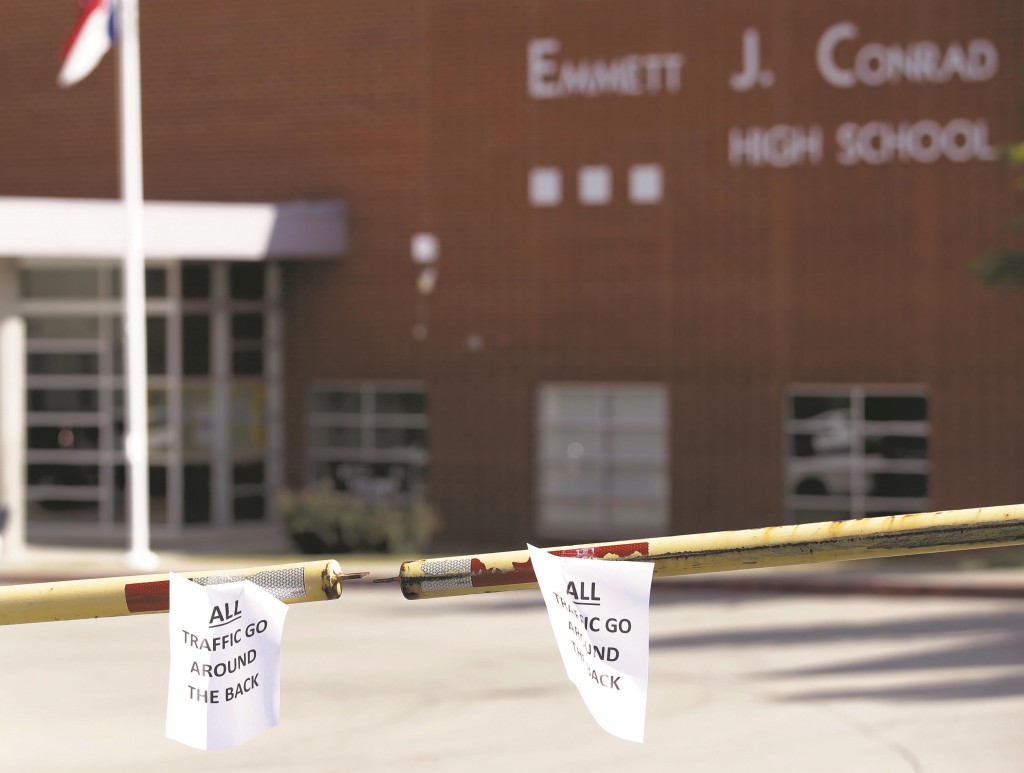 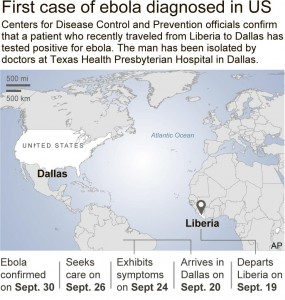 Health experts were observing up to 18 people, including children, who had contact with the first person to be diagnosed with the deadly Ebola virus in the United States, officials said on Wednesday.

Confirmation that a man who flew to Texas from Liberia later fell ill with the hemorrhagic fever prompted U.S. health officials to take steps to contain the virus, which has killed at least 3,338 people in Liberia, Sierra Leone and Guinea, the World Health Organization said.

The patient was evaluated initially last Friday and sent home from Texas Health Presbyterian Hospital with antibiotics, a critical missed opportunity that could result in others being exposed to the virus, infectious disease experts said.

The man was admitted to the same hospital on Sunday, where he was in serious condition, a spokeswoman said. The hospital cited the man’s privacy as the reason for not identifying him, but the Associated Press gave his name as Thomas Eric Duncan.

“The students did not have any symptoms and so the odds of them passing on any sort of virus is very low,” Mike Miles, Dallas Independent School District superintendent, told a news conference.

Miles said the five had been in school since then but were now at home. He said the schools would be staffed with additional health professionals and classes would remain in session.

Texas officials said health workers who took care of the patient had so far tested negative for the virus and there were no other suspected cases in the state. Texas Governor Rick Perry told a news conference he was confident the virus would be contained, as did other officials.

“People can be confident here in this country that we have the medical infrastructure in place to prevent the broad spread of Ebola,” White House spokesman Josh Earnest said on CNN.