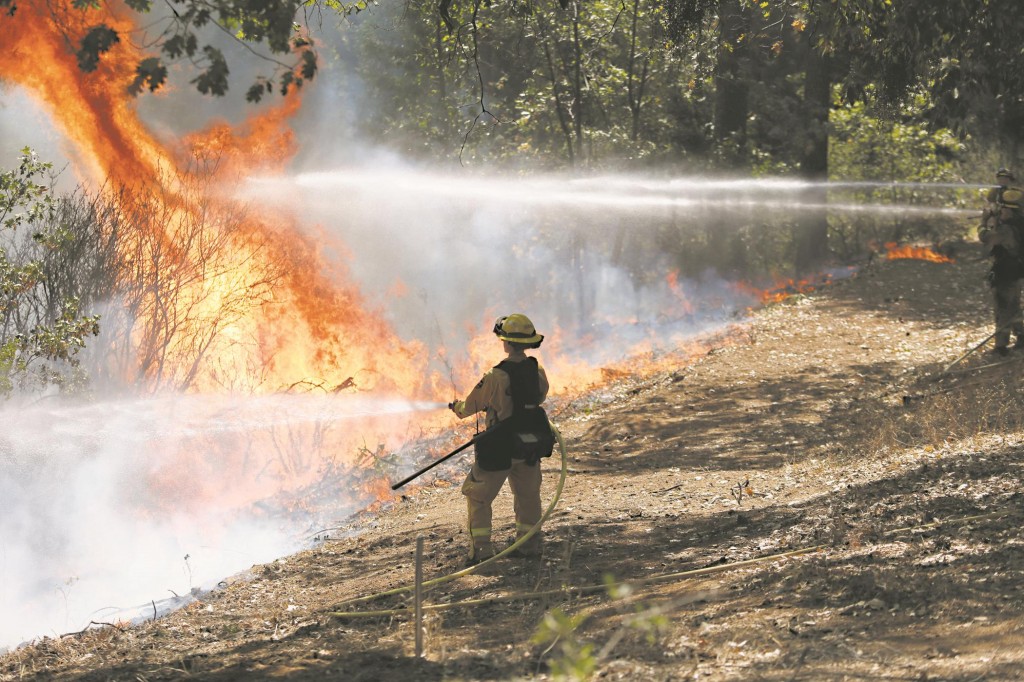 California has burned through its wildfire-fighting budget — $209 million — just as it faces what is historically the worst of the fire season. And the state already has tapped into its reserves, pulling out $70 million more to combat drought-fueled blazes.

Although California routinely blows through its budget for fighting wildfires, this year the state set aside more money than usual. Now, less than three months after Gov. Jerry Brown signed the budget, his administration is tapping into reserves intended as a cushion for unexpected costs like natural disasters.

Some of the costs of fighting state wildfires will be reimbursed by the federal government. But those funds are running low. Wildfires cost the U.S. about $125 billion annually. Earlier in September, state officials requested that Congress set up an emergency reserve, like California’s, to help pay for extreme fires.

The state has long been king when it comes to spending on wildfires. By one estimate, $4 billion was spent combating wildfires in California from 2003-12, topping all other states.

And the costs for fighting wildfires hasn’t abated in 2014, with blazes cropping up across the state’s forests, turned tinder dry amid prolonged drought conditions.

Federal forest land has also taken a huge hit, especially in Northern California, where a series of fires has scorched roughly 275,000 acres combined.

The California Department of Fire and Forestry has responded to 4,974 fires from Jan. 1 to Sept. 20, which is 1,203 more than average, according to state statistics, which apply to non-U.S. Forest land.