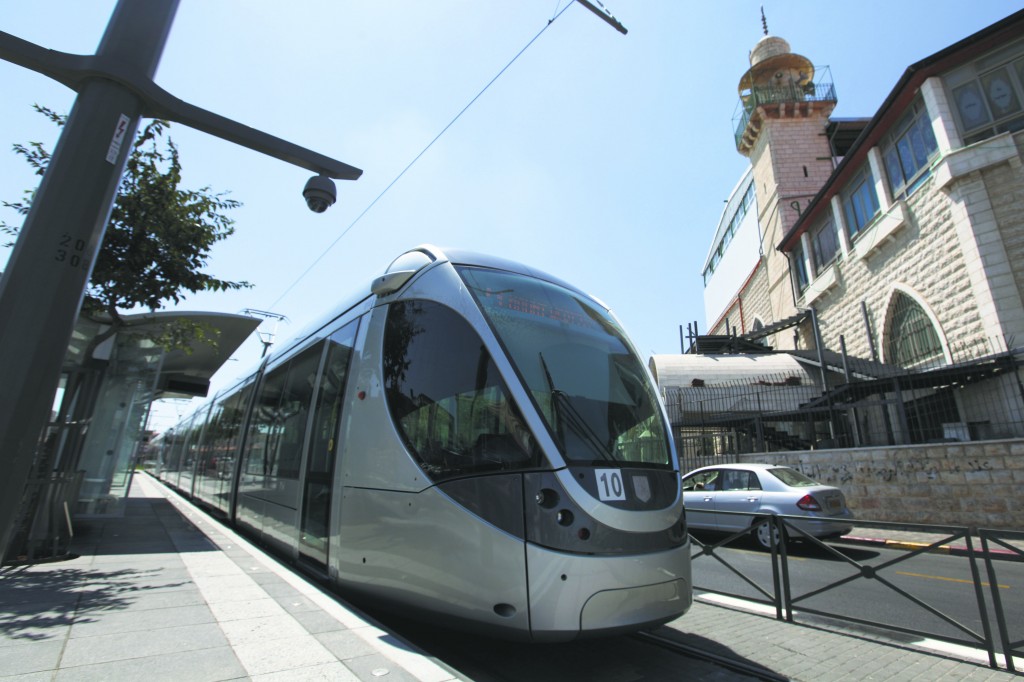 The Yerushalayim police have instructed Citipass, the operator of the capital’s light rail system, not to release information about attacks on the system  without official clearance.

According to Israel Radio, the Commander of the Tzion Precinct, Brigadier General Amnon Alkalai, called Citipass Director Doron Ravid and told him that the reports hurt the police and encourage the attackers.

The police have appointed a special task force to deal with the recurring rock-throwing attacks on the rail line, and every report leads to the immediate launching of an investigation.

About 40 Arabs have been charged with causing damage to the light rail during widespread rioting in recent weeks.

That the light rail would be vulnerable to such attacks was well known in the planning phases of the project, but suggestions to have the line bypass Arab neighborhoods went unheeded. As a result, it has been reported that fewer Jews are now using the system.

Mayor Nir Barkat recently promised “an uncompromising, iron hand” against rock and firebomb attacks on the train and other Jewish targets and said that over 700 rioters have been arrested.

Yet, Barkat has also exhorted reporters to downplay the spike in Arab violence, saying that talking about the phenomenon too much could hurt local businesses.