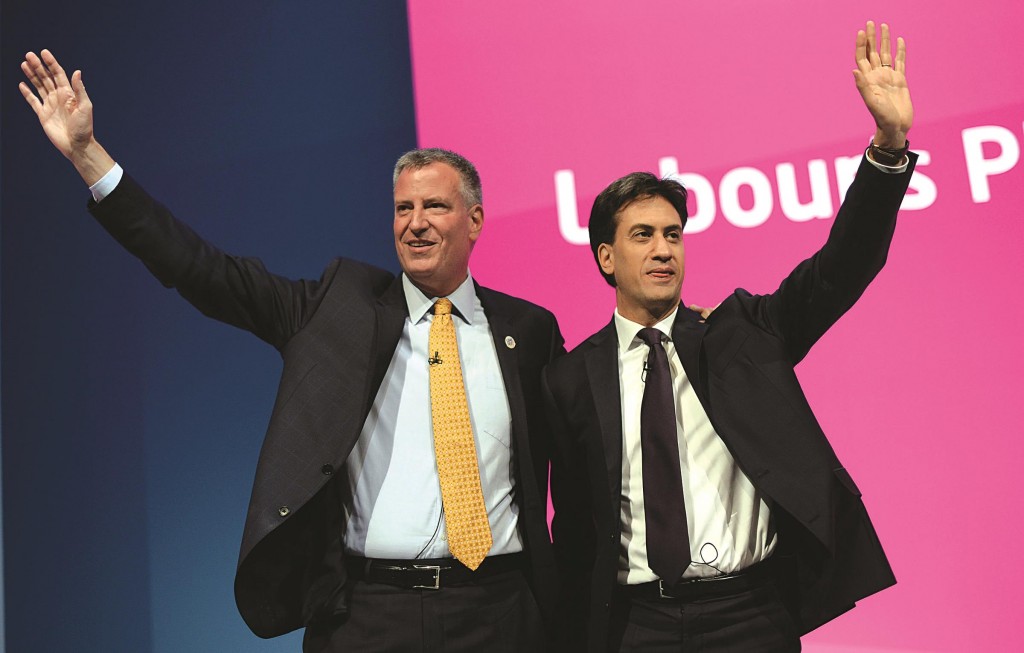 A speech at the United Nations. A spot next to Al Gore leading a massive climate change march. A prime speaking slot at a political conference in England.

Those big stages — all happening within a few days of each other — have become more common for Mayor Bill de Blasio as his profile is on the rise both nationally and internationally. He is increasingly viewed in political circles as a rising star, particularly in the most liberal wing of the Democratic party.

De Blasio’s higher profile — partly a concerted effort by his team and partly a byproduct of leading the nation’s largest city — has provided him everything from a platform from which to espouse his liberal politics views to potentially setting him up as a valuable surrogate in the 2016 presidential election.

“It enhances his power locally, because he becomes more formidable for having achieved this global respect,” said Kenneth Sherrill, retired political science professor at Hunter College. “And he’s serious about being a spokesman for a national urban agenda.”

De Blasio’s rise has been sudden. A mere 18 months ago, he was a little-known second-tier mayoral candidate. But his campaign soared just as those of other contenders imploded, and after spending his first few months in office solely focused on his legislative agenda, the new mayor began to step beyond the five boroughs.

De Blasio now is mentioned as a leader of the progressive wing of the Democratic party as 2016 approaches. Hillary Rodham Clinton, the strong favorite for her party’s presidential nomination if she decides to run, is closely linked to him. Clinton was beaten on the left by Barack Obama during the 2008 presidential primaries and some fear she may be vulnerable there again; a powerful de Blasio could provide some protection.

But de Blasio may not be a household name just yet. Last weekend, he and an aide took a spur of the moment road to trip to Pittsburgh and sat in the stands at a sports game.