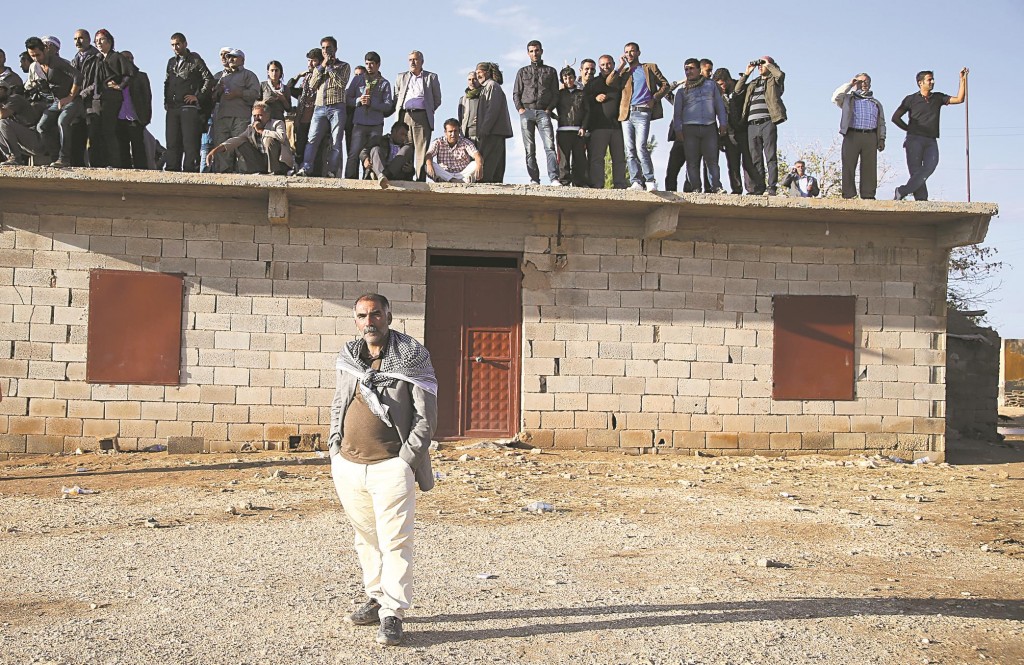 The Britain-based Syrian Observatory for Human Rights said the strikes hit mills and grain storage areas in the northern Syrian town of Manbij, in an area controlled by Islamic State, killing at least two civilian workers.

Strikes on a building on a road leading out of the town also killed a number of Islamic State fighters, said Rami Abdulrahman, who runs the Observatory, which gathers information from sources in Syria.

The U.S. military said on Monday an American air strike overnight targeted Islamic State vehicles in a staging area adjacent to a grain storage facility near Manbij, but it had no evidence so far of civilian casualties.

While raids in Iraq and Syria have taken a toll on Islamic State equipment and fighters on the ground, there is no sign yet that the tide is being turned against the group, which controls large areas of both countries.

A U.S. Air Force general said the Islamic State is changing its tactics in the face of American air strikes in Iraq and Syria, abandoning large formations such as convoys that had been easier for the U.S. military to target.

“They are a smart adversary, and they have seen that that’s not effective for their survival, so they are now dispersing themselves,” said Air Force Major General Jeffrey Harrigian at a Pentagon news conference.

This “requires us to work harder to locate them, and then develop the situation to appropriately target them”, he said.

The U.S.-led strikes have so far failed to halt an advance by Islamic State fighters in northern Syria on Kobani, a Kurdish town on the border with Turkey, where fighting over the past week caused the fastest refugee flight of Syria’s three-year-old war.

At least 15 Turkish tanks could be seen at the frontier, some with guns pointed toward Syrian territory. More tanks and armored vehicles moved toward the border after shells landed in Turkey on Sunday and Monday.

Obama’s acknowledgment in an interview broadcast on Sunday that U.S. intelligence had underestimated Islamic State offered an explanation for why Washington appeared to have been taken by surprise when the fighters surged through northern Iraq in June.

“Over the past couple of years, during the chaos of the Syrian civil war, where essentially you have huge swathes of the country that are completely ungoverned, they were able to reconstitute themselves and take advantage of that chaos,” President Obama said.