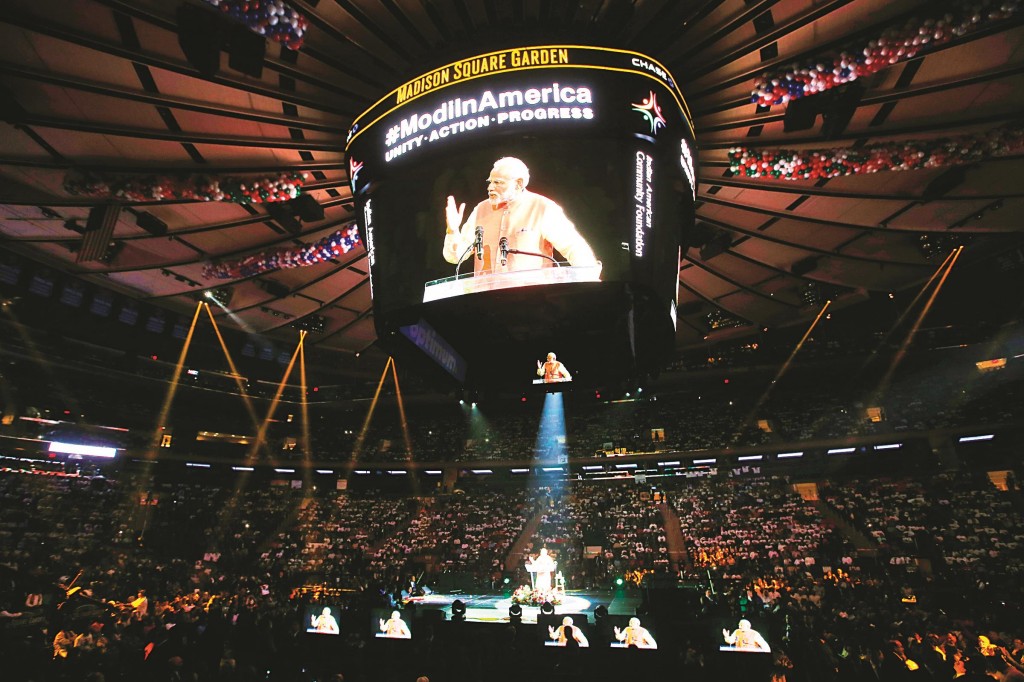 Once shunned by the United States, Indian Prime Minister Narendra Modi is riding a wave of enthusiasm and popular support Monday to the White House, where he is kicking off a two-day visit with President Barack Obama. The two leaders are working to put a brave face on the relationship despite widespread concerns that U.S.-Indian ties have frayed in recent years.

Modi’s visit starts with a private dinner with Obama on Monday evening, the day after thousands of Indian-Americans flocked to New York’s Madison Square Garden for a rare chance to see the new leaders of the world’s largest democracy.

When Modi requested a visa to visit the United States nearly a decade ago, Washington said no. That rejection came three years after religious riots killed more than 1,000 Muslims in the state of Gujarat, where Modi was the top elected official.

Another potential wrinkle in Modi’s visit: A human rights group is offering $10,000 to anyone who can serve Modi with a summons issued by a federal court in New York to respond to a lawsuit the group filed accusing him of serious abuses. The lawsuit is on behalf of two unnamed survivors of the violence.

Modi has denied involvement in the violence and India’s Supreme Court has said there was no case to bring against him. As a head of state, Modi has immunity from lawsuits in U.S. courts. And White House officials said they doubted the issue would cloud the visit.