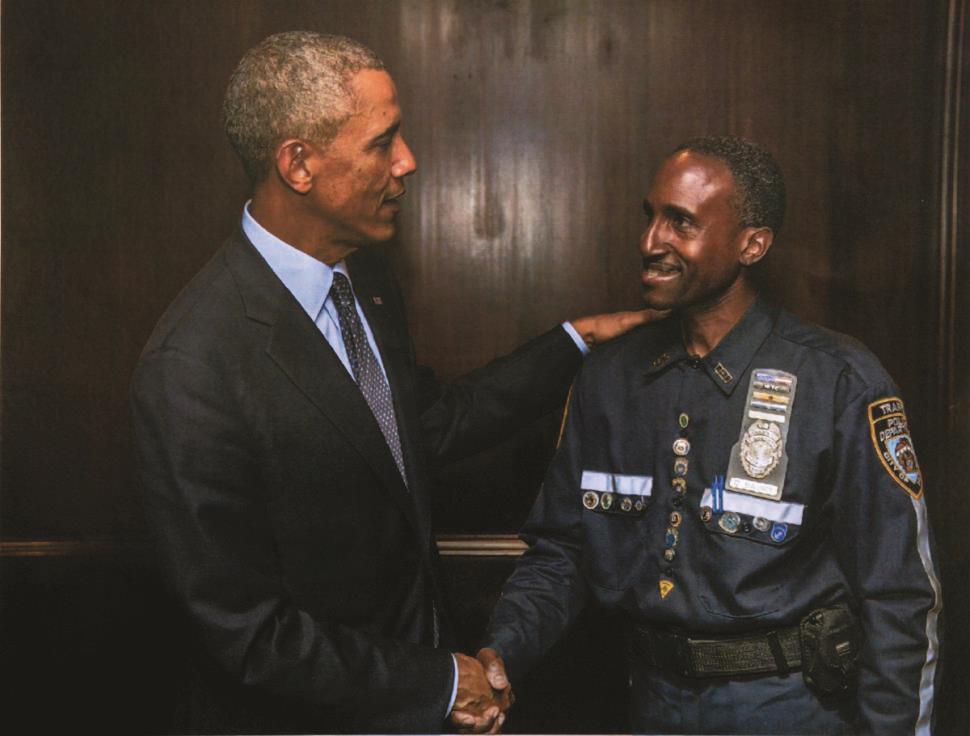 New York City motorists don’t appreciate having their cars towed to make way for a presidential motorcade. But President Barack Obama appreciates having a clear path in New York traffic.

Obama met with a traffic-enforcement agent who tows cars whenever he’s in town to thank him personally.

Clarence Baugh got a text message from the Secret Service to be outside the Waldorf Astoria on Tuesday at 3:30 p.m., when the president was in New York to address the United Nations. When he arrived, he was told the president wanted to meet him inside.

Baugh says the experience was “awesome.”