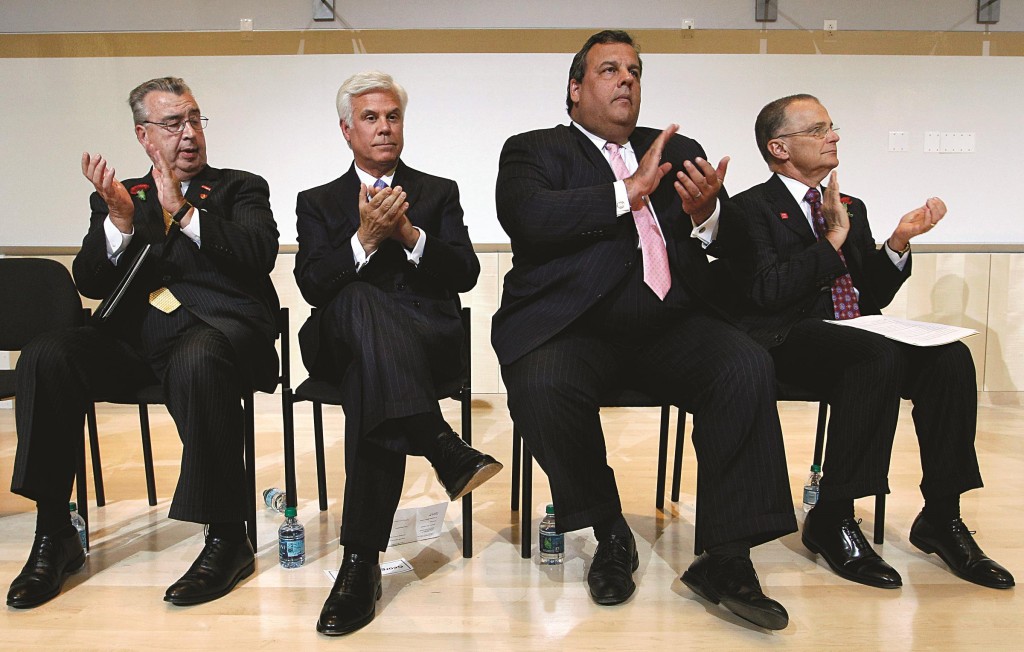 The president of a major southern New Jersey hospital and his wife were killed when a fire broke out in their home, authorities said Sunday.

However, the “circumstances surrounding the deaths” of 72-year-old John Sheridan and his 69-year-old wife, Joyce, remain under investigation, Somerset County Prosecutor Geoffrey Soriano said. Authorities also have not said what sparked the fire early Sunday at the couple’s home in Montgomery Township.

Soriano said police and firefighters responded to the house fire shortly before 6:15 a.m. The fire was contained to an upstairs bedroom, where they found the unresponsive couple.

In a joint statement announcing the Sheridans’ deaths, George E. Norcross III, chairman of the hospital’s board of trustees, and Adrienne Kirby, president and chief executive officer of Cooper Health System, called Sheridan “incredibly talented, wise and kind — a true gentleman in every sense of the word.”

Gov. Chris Christie, on whose transition team John Sheridan had a role, said he was “shocked and deeply saddened” by the Sheridans’ deaths. “John was an outstanding public servant, a leader in the healthcare industry and a true New Jersey treasure,” Christie said in a statement. “Joyce was an outstanding teacher, wife and mother.”

Prior to joining Cooper in 2005, John Sheridan had a long career in state government. He was transportation commissioner in the administration of Gov. Tom Kean. He also worked on the transition team of Gov. Christine Todd Whitman.

Earlier in his career, he had served as deputy attorney general and was a general counsel for the New Jersey Turnpike Authority.