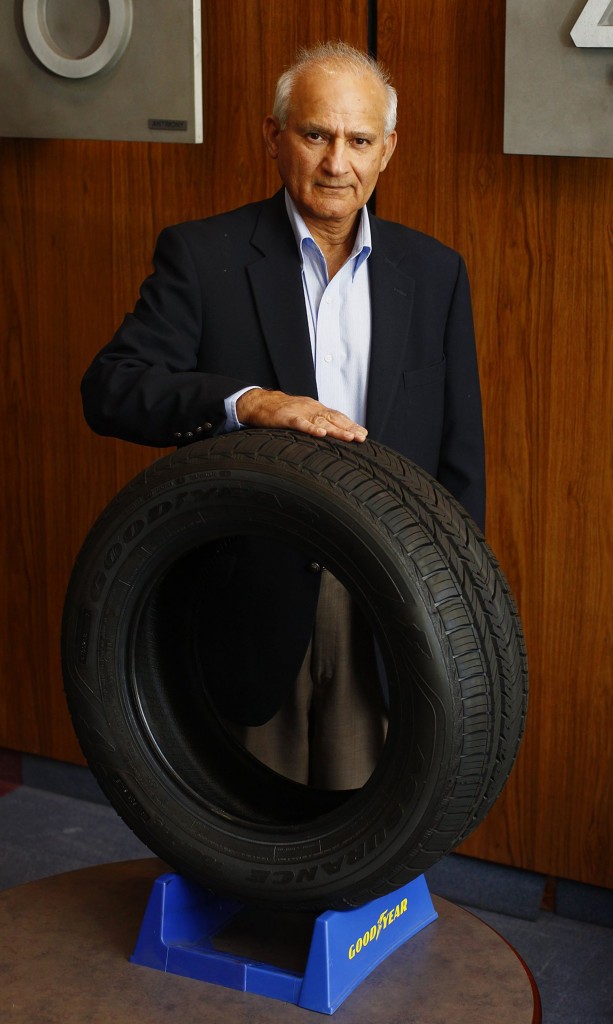 Now the Akron, Ohio, tire maker is touting rice tires, so to speak.

Goodyear said it will use a waste product — ash left over from the burning of rice husks — and “harvest” the silica in the ash for use in its high-performance tires. The rice silica is identical to sand-derived silica Goodyear Tire & Rubber Co. mixes with rubber.

“We found out the opportunities are huge,” said Surendra Chawla, senior director of external science and technology at Goodyear.

Rice husk ash is totally a waste product, he said.

The rice silica will come from an estimated 700 million pounds of rice that is harvested worldwide, Goodyear said. The large amounts of rice husks that remain after the grain is harvested for food typically are burned at power plants to make electricity. The significant amount of leftover ash is then taken to landfills; removing silica from the ash further reduces waste, the company said.

“This started at a small company that had the idea to convert rice ash into silica,” Chawla said. “Rice husk has high silica content.”

While the silica at the moment is used in experimental tires, Goodyear is securing contracts with suppliers to use the rice-derived silica in its regular manufacturing processes.

“Right now, this is in the early stages,” Chawla said. “The plans are to slowly increase the capacity quite a bit. … There’s a lot of research going on to extract silica from rice husk.”

Goodyear uses about 250,000 pounds of silica annually in its high-performance tire line, he said.

Goodyear said the rice silica is one example of where it is developing environmentally friendly tires. Goodyear also is using renewable soybean oil to replace some of the petroleum-derived oils needed in the tire-making process.

Goodyear is among other tire makers exploring greener technologies, both in tires and in the manufacturing processes, said Bruce Davis, special projects reporter at the Akron-based industry magazine Tire Business.

And sports-shoe maker Puma uses rice husk filler in some of its products as a partial substitute for natural rubber in outsoles to reduce scuffing and tearing, Tire Business reported.