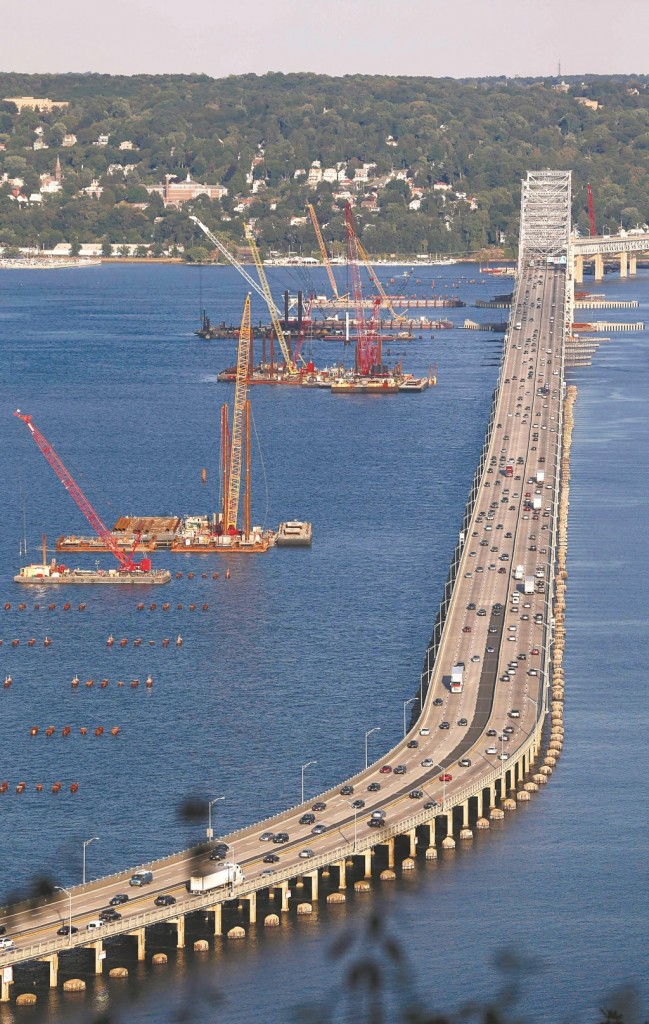 At $3.9 billion, the new Tappan Zee Bridge is one of the most expensive public works projects in U.S. history. Yet even a year into construction, New York hasn’t detailed how it plans to pay for it and how much will be passed on to motorists in the form of tolls.

Anxiety over bridge financing deepened last week when the Environmental Protection Agency balked at Gov. Andrew Cuomo’s proposal to use $511 million in federal clean water loans on the project.

And Cuomo himself later dismissed another creative financing suggestion: tapping some of the billions of dollars New York has collected in recent months in legal settlements over alleged wrongdoing by banks and insurance companies.

State officials won’t provide their estimates for the toll — currently $5 — that will be needed to make payments on the bonds and loans that will finance construction, though figures of $9 and as high as $14 have been mentioned. Some motorists worry the toll could even approach $20, which would make it among the most expensive crossings in the nation.

“It’s killing me already,” said Gracia Rescigno, a Suffern resident who takes the Tappan Zee daily to her hospital clerk job in the Bronx. “Every time I hear about the toll I get agitated. You hear $14, you hear $20. But I’m stuck. I can’t afford it but I can’t afford to move either.”

Lawmakers, rating agencies and commuters have all expressed concerns about just how high the toll might be when the new span across the Hudson River 25 miles north of Manhattan is completed.

Motorists don’t have to look far to find other big tolls. The round-trip cash price at the George Washington Bridge runs $13, and the Verrazano-Narrows is $15. The Chesapeake Bay Bridge-Tunnel, which stretches for 20 miles, runs up to $30 round trip each way in peak, warm-weather months.