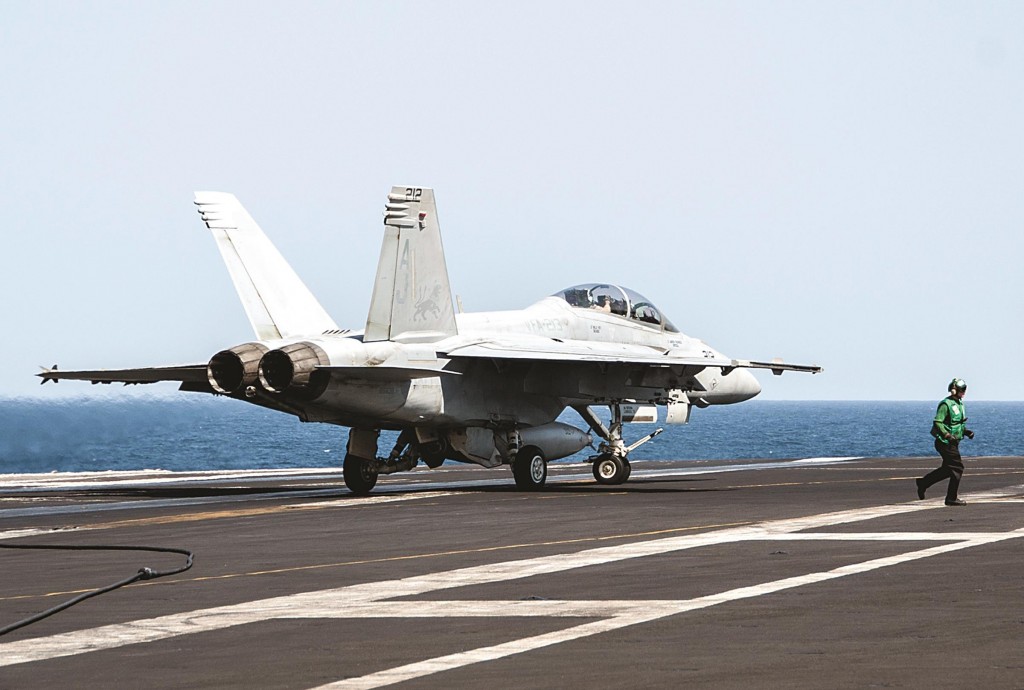 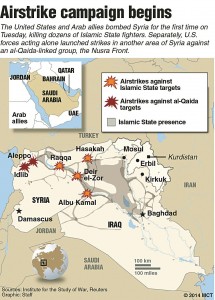 The one-two-three punch of American and Arab airstrikes against Islamic State terrorists in Syria and Iraq was just the beginning, President Barack Obama and other leaders declared Tuesday. They promised a sustained campaign showcasing a rare U.S.-Arab partnership aimed at Muslim extremists.

At the same time, in fresh evidence of how the terrorist threat continues to expand and mutate, the U.S. on its own struck a new al-Qaida cell that the Pentagon said was “nearing the execution phase” of a direct attack on the U.S. or Europe.

“This is not America’s fight alone,” Obama said of the military campaign against the Islamic State group. “We’re going to do what’s necessary to take the fight to this terrorist group, for the security of the country and the region and for the entire world.”

Obama said the U.S. was “proud to stand shoulder-to-shoulder” with Arab partners, and he called the roll: Saudi Arabia, the United Arab Emirates, Jordan, Bahrain and Qatar. Rear Adm. John Kirby, the Pentagon’s press secretary, said four of the five had participated in the strikes, with Qatar playing a supporting role.

In all, Kerry said, more than 50 nations are allied in the fight.

It was a measure of the gravity of the threat and the complex politics of the problem that Syrian President Bashar Assad gave an indirect nod of approval to the airstrikes in his own country, saying he supported “any international anti-terrorism effort.” There has been concern among U.S. officials that any strikes against terrorists fighting Assad could be seen as inadvertently helping the leader whom Obama wants to see ousted from power.

Monday night, in three waves of attacks launched over four hours, the U.S. and its Arab partners made more than 200 airstrikes against roughly a dozen targets in Syria, including Islamic State headquarters, training camps and barracks as well as targets of the rival Nusra Front, al-Qaida’s branch within Syria. The first wave, conducted by the U.S. alone, focused mostly on a shadowy network of al-Qaida veterans known as the Khorasan Group, based in northwestern Syria.

Pentagon officials released photos and video showing strikes on rooftop communications equipment at an Islamic State finance center in Raqqa, the group’s self-declared capital in Syria. Another showed damage to a command-and-control building in the same city. A third showed damage in a residential area along the Syrian-Iraqi border that had been used as a training site for fighters.

A Syrian activist group reported that dozens of Islamic State fighters were killed in the strikes, but the numbers could not be independently confirmed. Reports say that at least 10 civilians were killed.

Even as the military was still assessing the full impact of the strikes, U.S. officials said there was more to come. Obama met at the United Nations on Tuesday with representatives of the five Arab nations and told them the airstrikes were “obviously not the end of the effort, but this is the beginning.” Mayville promised “a credible and sustainable persistent campaign to degrade and ultimately destroy” the Islamic State.