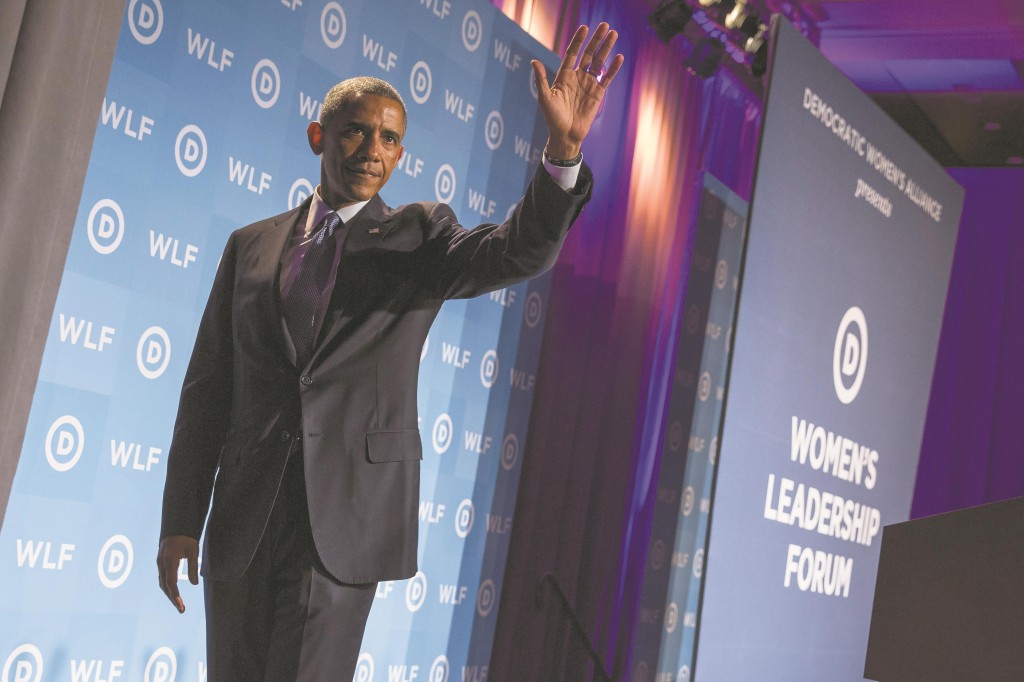 President Barack Obama, stumping for the Democrats ahead of November’s congressional elections, has twice invoked Ronald Reagan’s seminal campaign question: “Are you better off than you were four years ago?”

Framing the debate like that helped Reagan twice — in 1980 when he beat incumbent Jimmy Carter, and then again in 1984 when he won re-election during an economic upswing.

But a similar message has failed to resonate for Obama primarily for one reason: While he stresses the economy has improved in almost every aspect on his watch, average family incomes have slipped.

Between 2009 when Obama took office and 2013, the latest for which numbers are available, median annual household incomes fell by more than $2,100 in inflation-adjusted terms, Census Bureau data showed last week.

“It’s hard to make the case for ‘Morning again in America’ the way that Ronald Reagan was able to do in 1984,” said John Ullyot, a former Senate Republican aide, now with a strategy firm High Lantern Group.

Opinion polls make disturbing reading for the Democratic Party, which will have a tough time defending its slim Senate majority in the Nov. 4 election.

Roughly two-thirds of the population thinks the economy is heading in the wrong direction, survey data from polling firm Ipsos has consistently shown over the last two years.

About four in 10 Americans also strongly disapprove of Obama’s handling of the economy and fewer than one in 10 feel he is doing a really good job. The president’s own overall approval rating is stuck at around 40 percent