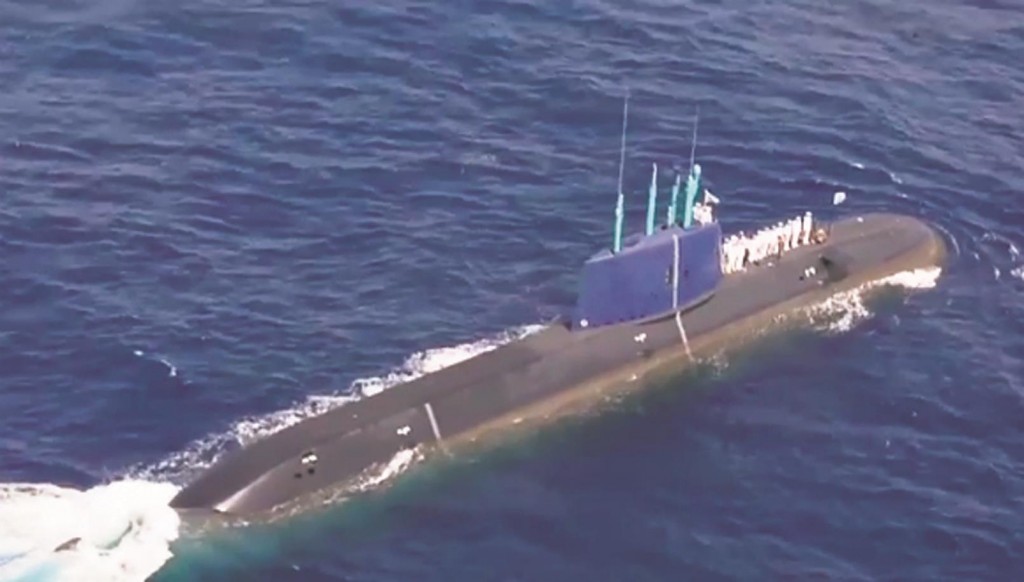 IDF chief of staff Lt.-Gen. Benny Gantz surprised the Navy brass on Monday with an appearance at a memorial service held in the Mediterranean Sea, over the spot where the INS Dakar submarine sank to the bottom in 1968.

“Here, in the heart of the Mediterranean, we lower the anchor and stop to meet a new naval power on its way to its home port on the Israeli coast,” Gantz said, referring to the INS Tanin, a German-built Dolphin sub enroute to join the navy.

The Israel Navy will operate off any “enemy coast” to safeguard Israel, navy chief Adm. Ram Rothberg vowed during the ceremony

“Without a doubt, this power, operationally and strategically, is very important for Israel, the IDF and the Navy,” he added. “More than four decades have passed since INS Dakar’s last voyage. … Although the threats have changed, and today you have the most modern equipment, the most advanced technologies, and the most quality means, the mission remains the same mission that the INS Dakar personnel were sent on, and the responsibility is the same: to protect the Israeli coast, and sea waters, and to work with all of the IDF’s branches to achieve the relevant goals.”

Tehillim were recited in memory of the crew of 68 who perished.