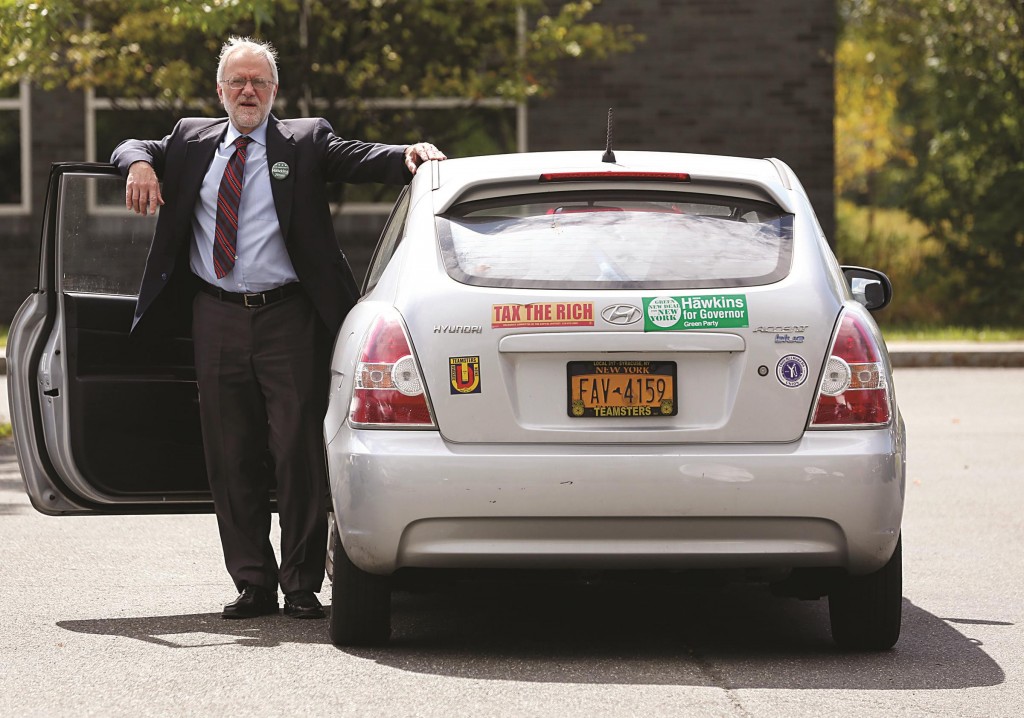 The Green Party’s Howie Hawkins bills himself as the last progressive standing in the New York governor’s race.

Hawkins is running to the left of heavy-favorite Gov. Andrew Cuomo at a time when liberal Democrats are signaling dissatisfaction with the governor. While a surprisingly strong primary challenge from Zephyr Teachout fell short this month, voters stirred up this summer are still out there and Hawkins is working to get them.

“He knows he’s vulnerable on his left, I mean seriously vulnerable,” Hawkins said of Cuomo at an event in Albany last week. “We’re in a very interesting situation.”

Hawkins is a plain-speaking UPS package unloader from Syracuse with slim chances of winning in November. But the shoestring campaign allows the 61-year-old longtime activist to promote issues such as clean energy and progressive taxes.

Hawkins won 60,000 votes in 2010. He wants to top that this time, running on issues that resonate with the left, including a ban on hydraulic fracturing, a $15 minimum wage and more progressive tax structure (“Tax the Rich — Share the Revenues” read his website and car bumper sticker).