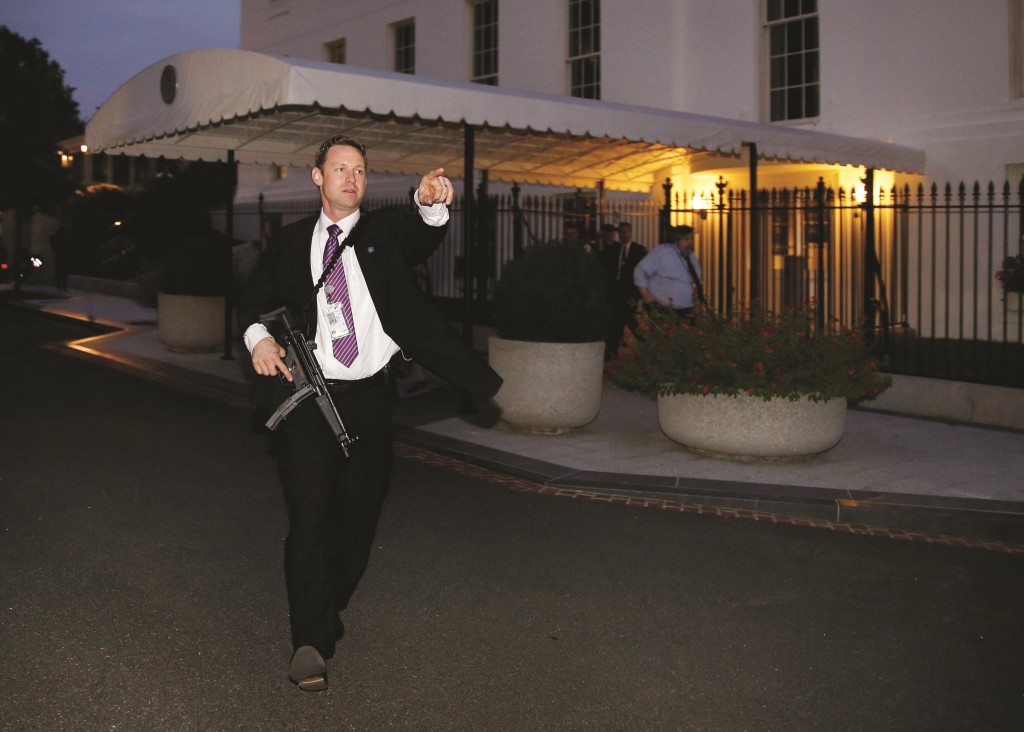 The Secret Service chief has stepped-up security outside the White House after a man with a knife who jumped the fence made it into the presidential residence before being apprehended, officials said Saturday.

President Barack Obama insisted he still has confidence in the beleaguered agency’s ability to protect him and his family.

Secret Service Director Julia Pierson ordered enhanced officer patrols and surveillance along the North Fence of the compound just after the incident on Friday evening, which triggered a rare evacuation of the White House as well as renewed scrutiny of the Secret Service. The agency said Pierson had also ordered a comprehensive review of what happened.

“The president has full confidence in the Secret Service and is grateful to the men and women who day in and day out protect himself, his family and the White House,” said White House spokesman Frank Benenati. He said the White House expected Pierson’s review to be conducted “with the same professionalism and commitment to duty that we and the American people expect from the U.S. Secret Service.”

The presidential vote of confidence came as the storied agency sought to dispel growing concerns about security at the White House, one of the most heavily protected buildings in the world. Another man was arrested Saturday outside the White House in an unrelated event.

President Barack Obama and his daughters had just left the White House by helicopter on Friday evening when the Secret Service says 42-year-old Omar J. Gonzalez scaled the fence, darting across the lawn and through the unlocked North Portico doors before officers finally tackled him.

“Every day the Secret Service is challenged to ensure security at the White House complex while still allowing public accessibility to a national historical site,” the agency said in a statement. “Although last night the officers showed tremendous restraint and discipline in dealing with this subject, the location of Gonzalez’s arrest is not acceptable.”

The former stepson of a man accused of sneaking into the White House says the Iraq war veteran owns “plenty of firepower” that he could have brought with him if he meant any harm.

Omar Gonzalez is expected to appear in court Monday to face charges of unlawfully entering a restricted building or grounds while carrying a deadly or dangerous weapon – a knife in this case.

However, Jerry Murphy said Sunday that his former stepfather never goes anywhere without his knife and he’s sure Gonzalez didn’t intend to hurt anyone.