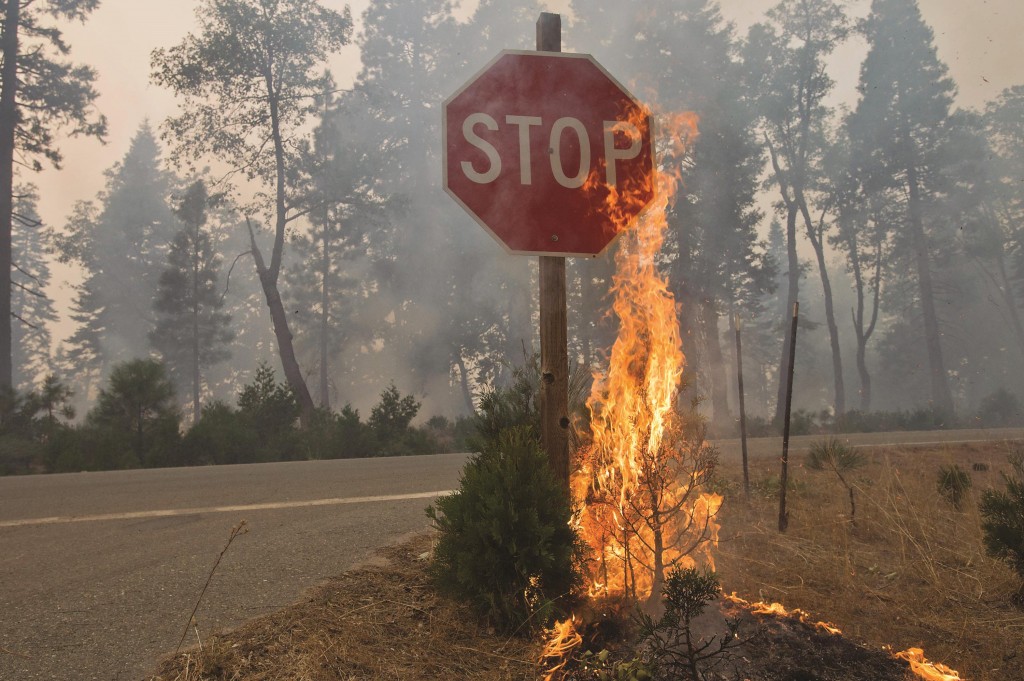 Nearly three-dozen structures were destroyed in a massive Northern California wildfire that continues to spread more than a week after it started, officials said Sunday.

According to preliminary figures, 10 residences and 22 outbuildings were lost in the King Fire as the structures were discovered in the White Meadows area of Pollock Pines, said Capt. Tom Piranio, a state fire spokesman.

Assessment teams were headed back in the rugged, steep terrain to survey more damage, he said.

“It has been very challenging to get access to those burn areas because there’s a lot of inaccessible terrain,” Piranio said. “We had to make sure it was safe enough to enter.”

The fast-moving blaze located about 60 miles east of Sacramento that started Sept. 13 grew to more than 128 square miles Saturday despite periods of rain overnight. A man charged with starting the fire, Wayne Allen Huntsman, 37, pleaded not guilty to arson Friday and remains in the El Dorado County jail on $10 million bail.

More than 21,000 structures remain threatened as the blaze remains at 10 percent contained. More than 5,000 firefighters – from as far as Florida and Alaska – are helping California crews battle the blaze that has not only consumed grass and brush, but swaths of extremely dry tall timber.

About 100 evacuees have been allowed to return home, but some 2,700 remain under evacuation orders, state fire spokesman Daniel Berlant said. The fire also continues to threaten a key University of California, Berkeley research station that is home to scores of experiments on trees, plants and other wildlife.