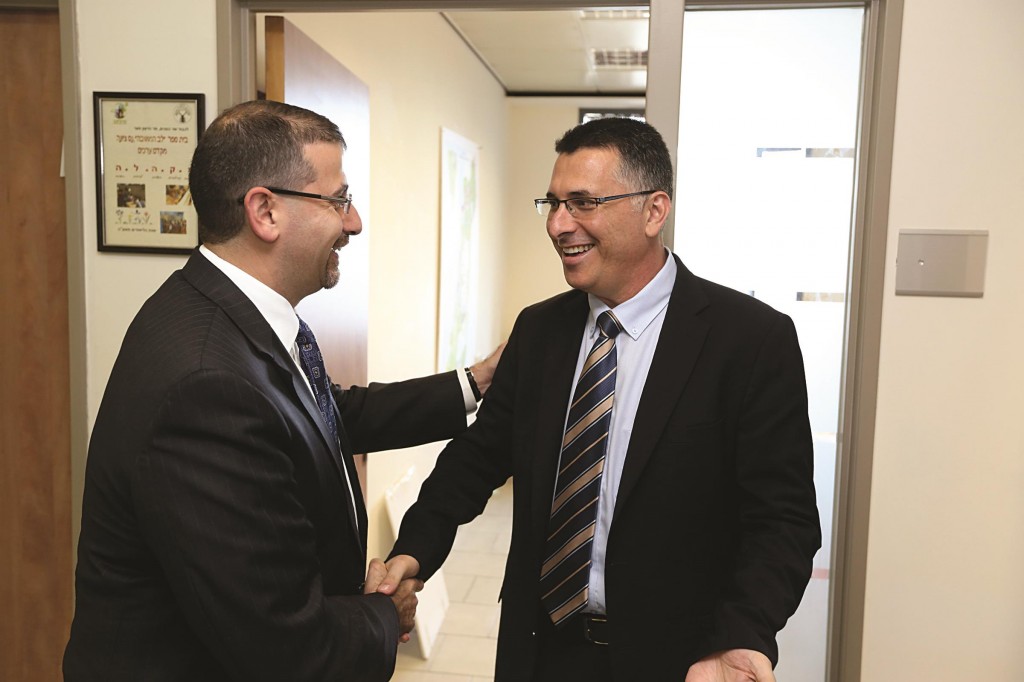 While Interior Minister Gideon Saar is not well known abroad, inside Israel he is a prominent political figure, and his surprise departure from politics announced Wednesday night sent shock waves through the country.

Not only because of the immediate speculation about who will succeed him as Interior Minister, but more so because of the ramifications for the Likud party and its chairman, Prime Minister Binyamin Netanyahu.

Regarding his successor, Communications Minister Gilad Erdan (Likud) is said to be a leading candidate. Erdan was reportedly in line for Israel’s ambassadorship to the U.N. when current Ambassador Ron Prosor’s term ends at the end of this year, Arutz Sheva said.

If Erdan moves to Interior, it automatically raises the question of who will fill his post at Communications. Both MK Gila Gamliel and MK Yariv Levin have said in the past 24 hours that Netanyahu had promised them a ministry in the event of a vacancy.

However, the question of what Saar’s departure portends politically is what has really been firing the nationwide brouhaha.

Saar’s low profile outside Israel is due to his focus on domestic issues and an apparent lack of appetite for headlne-grabbing tactics. But his popularity was evident at the announcement on Wednesday, a gathering of over 1,000 supporters and senior Likud officials which significantly outdrew similar end-of-year events staged by Netanyahu and right-wing Likud potentate Dani Danon in previous days.

As The Times of Israelobserved, “dozens of local leaders, mayors and regional council members, for whom the interior minister looms large in their political and professional calculations, who were specially invited by Saar’s office.

“… Sa’ar announced his retirement at an event that bore all the hallmarks and careful organization of a political rally. Had Saar announced last night that he was challenging Netanyahu for the Likud leadership, reporters would have praised the setting as a successful and well-timed show of force.”

In response to the barrage of queries about his political future, Saar said on Thursday that “I didn’t leave yesterday only to come back tomorrow.”

But his other reference to it as a “time-out,” for personal reasons and the venue chosen for his announcement suggest that if he won’t be coming back tomorrow, it could well be the day after tomorrow.

“I respect your decision to take a break from political life. I thank you for your many years of public service in the government, Knesset and Likud. I wish you luck in your future endeavors,” Netanyahu said to Saar in a statement.

Netanyahu’s perfunctory goodbye note conceals his well-known anxiety that Saar, the No. 2 man in Likud, will be back soon enough to challenge him for the No. 1 spot.