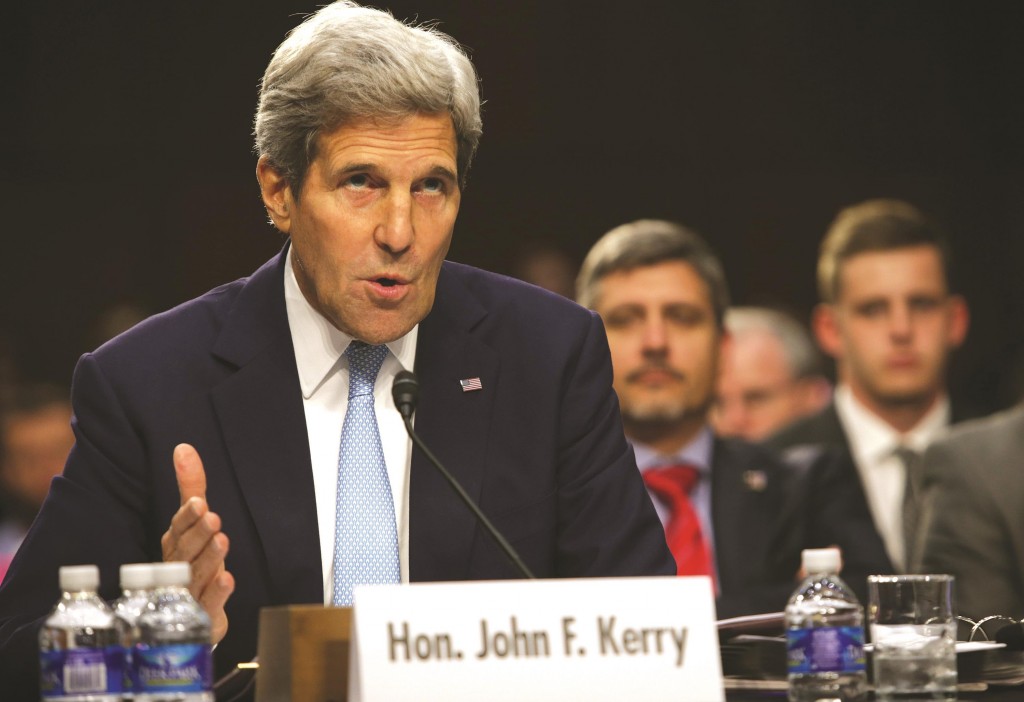 The Republican-controlled House voted grudgingly to give the U.S. military authority to train and arm Syrian rebels on Wednesday as President Obama emphasized anew that American forces “do not and will not have a combat mission” in the struggle against Islamic state extremists.

The 273–156 vote crossed party lines to an unusual degree in a Congress marked by near ceaseless partisanship. Top Republican and Democratic leaders backed the plan seven weeks before midterm elections, while dozens of rank and file lawmakers in both parties opposed it.

The provision was added to spending legislation that will assure the federal government operates normally after the Sept. 30 end of the budget year. Final approval is expected in the Senate as early as Thursday.

Even supporters of the plan found little to trumpet. “This is the best of a long list of bad options,” said Rep. Jim Moran (D-Va.).

Across the political aisle from the president and Pelosi, Speaker John Boehner (R-Ohio), and House Majority Leader Kevin McCarthy of California swung behind the plan. Yet many members of their rank and file expressed concerns that it would be insufficient to defeat Islamic State, which has overrun parts of Syria and Iraq and beheaded two American journalists.

GOP lawmakers took solace in the short-term nature of the legislation. It grants Obama authority only until Dec. 11, giving Congress plenty of time to return to the issue in a postelection session set to begin in mid-November.

Officials put a $500 million price tag on Obama’s request to train and equip rebels. The cost generated virtually no discussion among lawmakers, who focused instead on the possible consequences of a new military mission not long after America ended participation in wars in Afghanistan and Iraq.

Testifying before a Senate Committee, Secretary of State John Kerry said the forces seeking to create an Islamic state “must be defeated. Period. End of story.”

Controversy over a new military mission overshadowed what otherwise might have been a noteworthy accomplishment for a Congress marked by near-constant gridlock. Passage of the legislation would eliminate any possibility of a partial government shutdown like the one Republicans triggered a year ago by trying to zero out Obama’s health care program.

The measure also renews the charter of the Export-Import Bank, which helps finance purchases of U.S. exports. That postpones until next June a battle between tea party forces opposing the bank and business-oriented Republicans who support it.

The legislation also includes $88 million to combat the outbreak of Ebola in West Africa.