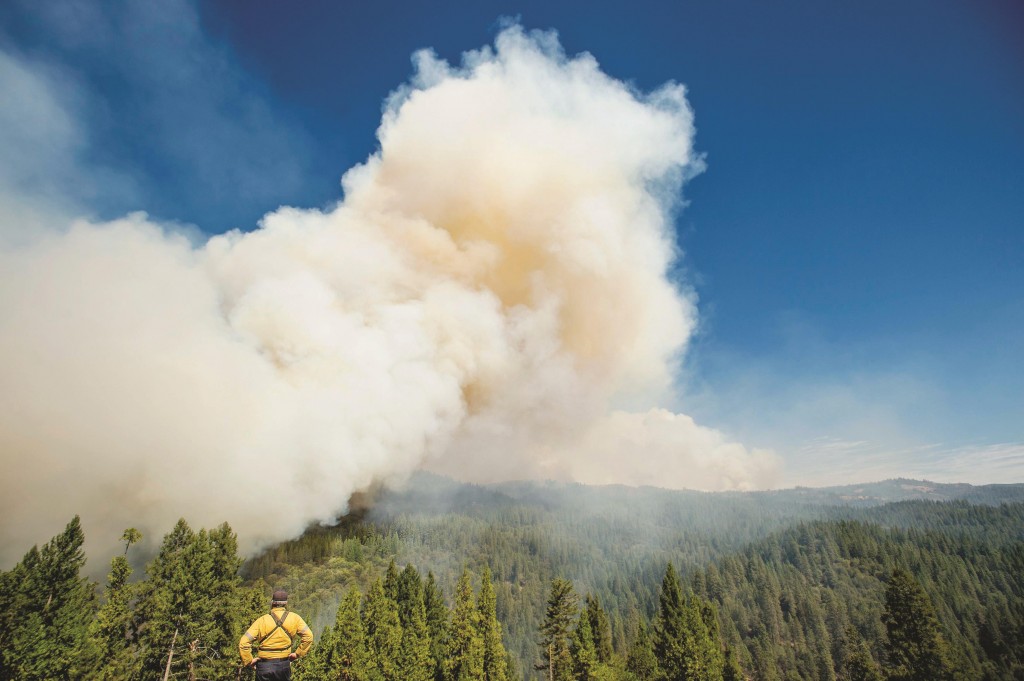 Just days after a wildfire tore through a small Northern California town and destroyed scores of homes, crews on Wednesday battled another fast-moving blaze in the region that was also threatening residences.

Hundreds of additional firefighters were dispatched to the fire near the town of Pollock Pines, about 60 miles east of Sacramento, bringing the number fighting the blaze to more than 2,500 personnel. That was an increase of about 1,000 from the previous day.

The fire grew by thousands of acres overnight and had burned through nearly 29 square miles. It was threatening 500 homes, at least some of which were under mandatory evacuation orders, and was just 5 percent contained.

Meanwhile, further north, about 110 homes were destroyed and another 90 damage from a fire that tore through the tiny timber town of Weed near the Oregon border on Monday, city administrator Ron Stock said Wednesday.

State fire Battalion Chief Scott McLean says four firefighters lost their homes due to the fire. Two churches, a community center and a library also have been destroyed.

More than 4,000 wildfires have burned in California this year.