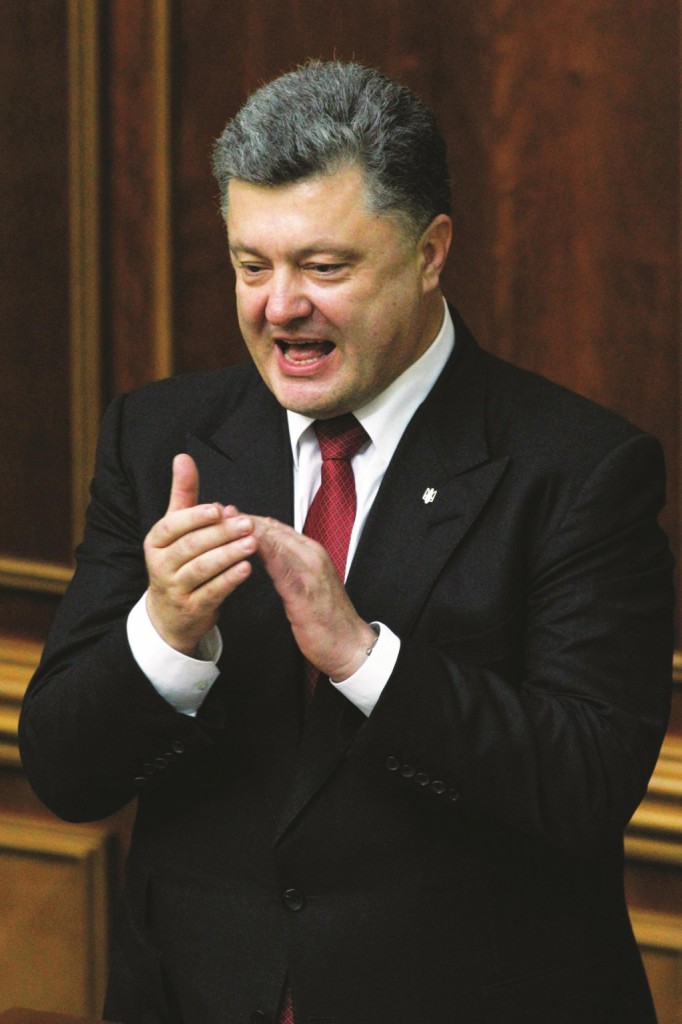 Ukraine moved to resolve months of crisis Tuesday by strengthening ties to Europe and loosening some controls over the country’s rebellious eastern regions where it has been fighting Russian-backed separatists.

The actions by lawmakers began to flesh out the emerging picture of a new Ukraine, where a determined pivot toward Europe has come at great cost: concessions to Russia and a war with rebels that killed more than 3,000 people and pushed the West’s relations with Moscow to Cold War-era lows.

The measure deepening the economic and political ties with Europe was the issue that sparked the crisis last fall, when then-President Viktor Yanukovych’s decision to shelve the deal in favor of closer ties with Russia sparked protests by hundreds of thousands. Those demonstrations eventually drove him from power in February and led to the annexation of Crimea by Moscow and the rebellion in the east, where a shaky cease-fire began Sept. 5.

After parliament ratified the measure, lawmakers leapt to their feet to applaud and sing the Ukrainian national anthem. A live broadcast of the session was beamed to the European parliament.

President Petro Poroshenko called the vote a “first but very decisive step” toward bringing Ukraine fully into the European Union.

He said the protesters who died in clashes with riot police in Kiev and the government troops killed by rebels in the east “have died not only for their motherland. They gave up their lives for us to take a dignified place among the European family.”

“After World War II, not a single nation has paid such a high price for their right to be European,” he said. “Can you tell me, who now after this will be brave enough to shut the doors to Europe in front of Ukraine?”

Earlier Tuesday, the parliament also approved laws granting temporary self-rule to rebellious, pro-Russian regions in the east, as well as amnesty for many of those involved in the fighting.

The lawmakers took that action behind closed doors, in stark contrast to the patriotic fanfare of that vote on the European agreement. In his thunderous speech, Poroshenko did not mention those two measures, which are likely to generate far more controversy among Ukrainians.