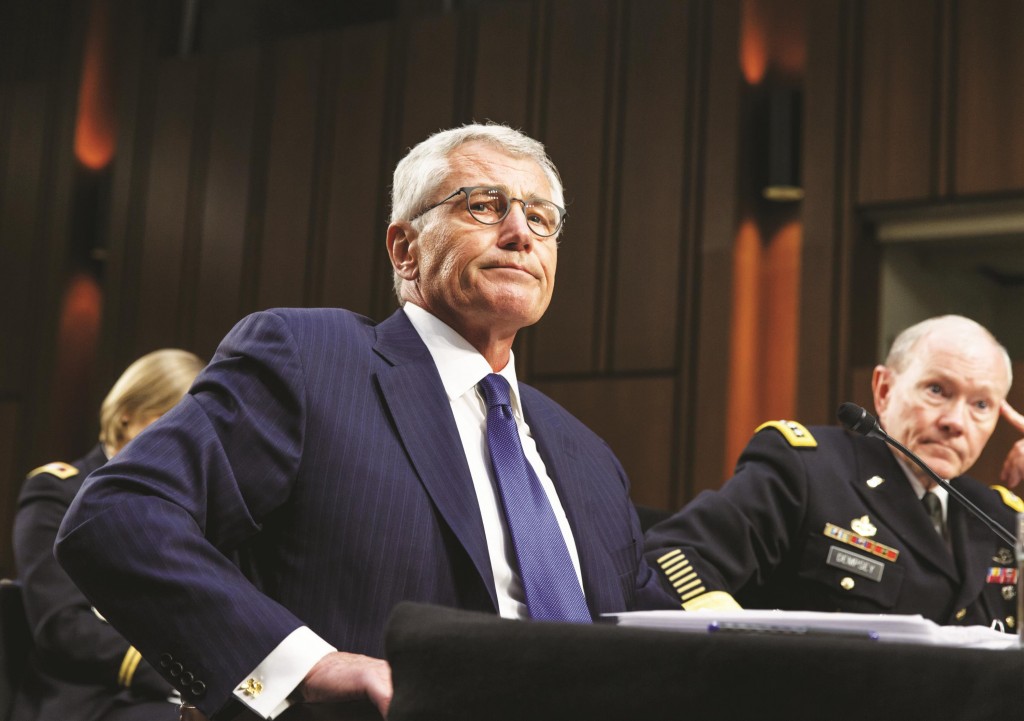 “To be clear, if we reach the point where I believe our advisers should accompany Iraqi troops on attacks against specific ISIL targets, I will recommend that to the president,” Army Gen. Martin Dempsey declared in testimony to the Senate Armed Services Committee, referring to the terrorists by an alternative name.

Pressed later by Sen. Carl Levin (D-Mich.), the panel’s chairman, the four-star general said if Obama’s current approach isn’t enough to prevail, he might “go back to the president and make a recommendation that may include the use of ground forces.” Obama has maintained repeatedly that American forces will not have a renewed ground combat mission in Iraq in this new phase of a long war against terrorists.

Tuesday’s remarks by the chairman of the Joint Chiefs of Staff drew a prompt, polite rebuttal from the White House. Obama “will not deploy ground troops in a combat role into Iraq or Syria,” said spokesman Josh Earnest.

Dempsey’s testimony underscored the dilemma confronting many lawmakers as the House moves through its own debate on authorizing the Pentagon to implement the policy Obama announced last week.

Democrats spoke of a fear that the United State might inevitably become dragged into yet another ground war on the heels of Afghanistan and Iraq. Democratic Rep. Lloyd Doggett of Texas said approving Obama’s plan “will make our families less secure, not more secure.”

Republicans said they worried that Obama was responding tepidly to the current threat by terrorists who have overrun large sections of Iraq and Syria and beheaded two American journalists. “If it’s important enough to fight, it’s important enough to win,” said Rep. Jack Kingston (R-Ga.), one of the first lawmakers to address the subject in several hours of scheduled debate.

A vote was expected in the House on Wednesday, and in the Senate within days. In the Senate, Republican leader Mitch McConnell announced he would support the measure and Democratic leader Harry Reid predicted bipartisan approval. The timetable was remarkably rapid by congressional standards, the result of a strong desire by lawmakers in both parties to adjourn quickly and return home to campaign for re-election.

Only seven weeks before voters go to the polls, most Republicans had little stomach to oppose Obama on a matter of national security, particularly when polls suggest he has the support of large segments of the public. As a result, the likelihood was that Congress would swing behind his request, and then return for a fuller debate of his war strategy in a post-election session of Congress.