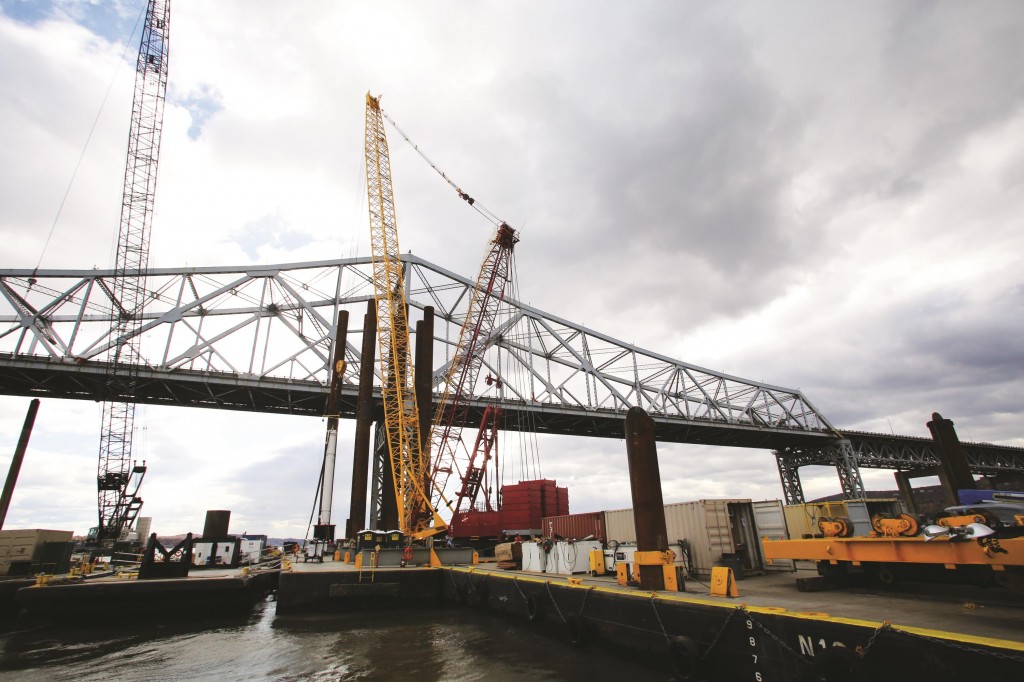 A $511 million loan approved by a New York environmental agency to help fund the construction of a new $4 billion Tappan Zee Bridge was rejected almost entirely by the U.S. Environmental Protection Agency, dealing a blow to one of Gov. Andrew Cuomo’s top capital priorities.

The loan was intended to drive down borrowing costs for the replacement span being built across the Hudson River, with half of it being provided at zero interest. The agency, the Environmental Facilities Corp., approved the borrowing in June, saying it could use the funds from a program that targets clean-water projects.

The EPA said Tuesday in a letter to state officials that building a new bridge doesn’t fit the intention of the program, which is backed by federal dollars. The agency is only allowing $29.1 million to be used.

“Construction activities arising from transportation projects do not advance water quality,” wrote Joan Matthews, the regional director of the clean-water division. “No other state has made a request of this type or magnitude.”

Cuomo, a 56-year-old Democrat up for reelection in two months, has made building a new Tappan Zee a priority, comparing it with the 19th-century construction of the Erie Canal. About 20 miles north of Manhattan, the bridge is among the nation’s largest public-works projects.

Cuomo, speaking to reporters Tuesday in New Paltz, said the state plans to appeal the ruling.

“The bridge construction was never dependent on this loan in the first place,” Cuomo said.

The three-mile-long Tappan Zee, which opened in 1955, connects Rockland and Westchester counties. The structure, designed to last 50 years, carries 138,000 vehicles daily, 40 percent more than intended. It costs $5 cash for a regular passenger vehicle to cross, collected in only one direction.

As part of building the new bridge, the authority’s debt load may swell to more than $7 billion, from about $3.7 billion last year, by the time the job is finished.