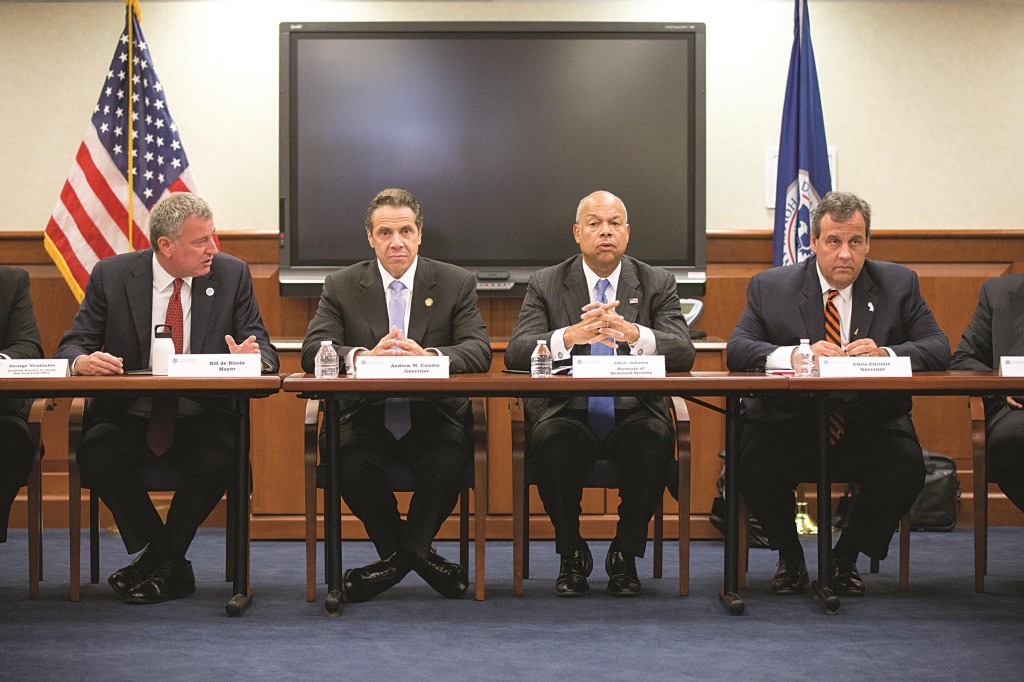 “We would be in a state of denial if we did not say with what’s going on internationally that the risk of a threat to us has increased,” Gov. Andrew Cuomo told reporters following the hourlong meeting in midtown Manhattan with Gov. Chris Christie,  Homeland Security Secretary Jeh Johnson and New York City Mayor Bill de Blasio.

Cuomo and Christie said they have directed their homeland security advisors and top police officials to review current security measures for the region and make recommendations for how best to respond to new threats. An initial review was expected to be completed in the next 10 days.

“We need to make sure we are ahead of the curve on this and not in a responsive mode,” Christie said. “We need to be in a proactive mode to make sure everything is being done to protect the people of our region.”

De Blasio pointed out that New York and New Jersey security officials have experience working together from the massive and complex effort to secure last year’s major sporting event in East Rutherford, N.J.

Authorities have long considered the region a prime terror target since the Sept. 11, 2001, attack. But they say the rise of the Islamic State group has broadened the risk.

“In 2001, it was core al-Qaida,” Johnson said. “Today, the threat comes from a number of sources. The terrorist threat is more decentralized. In many ways, it is more complex. … We need to keep our eyes on a range of threats.”

The meeting came a week after President Barack Obama told the country he is authorizing stepped-up airstrikes in Iraq and Syria against the Islamic State.

Federal officials have been trying to identify citizens from the United States and Europe who have joined the fight on the side of the Islamic State, fearing the recruits could be used for attacks on Western targets.